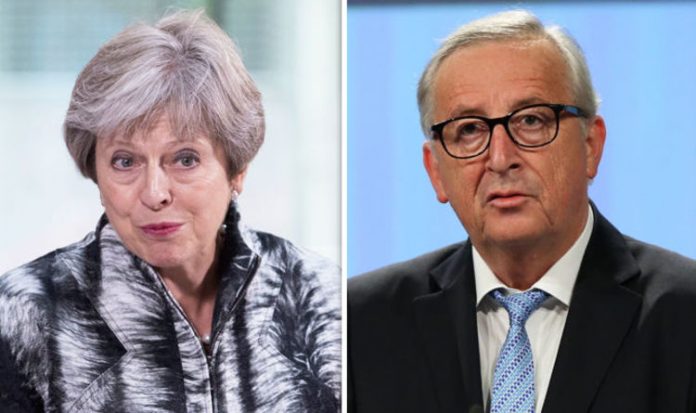 The UK is working on options to avoid a hard border with Ireland, according to sources.

One idea is to prolong large parts of the so-called transition phase – which is the period that runs from exit day on March 29 to the end of 2020.

UK negotiators have already proposed a temporary customs arrangement in which the UK would keep the EU’s tariff regime until the end of 2021.

The Prime Minister is working against the clock to get a divorce deal to avoid the legal chaos of leaving the union without a deal.

There has not been much progress on the Irish issue since December.

Talks will resume on Thursday in an effort to make progress on the self-imposed October deadline.

Both sides have agreed there needs to be a guarantee to make sure there is no hard border in Ireland after Brexit.

But the UK’s plan is that it will establish such a close tie with the EU that backstop will not be needed.

The analysis puts further pressure on the Prime Minister who faces speculation she could face a leadership challenge when Parliament resumes after summer recess.

The Autumn budget is approaching and MPs will have a vote on Mrs May’s Brexit proposals.

Mr Skidmore’s warning came as the October deadline approaches for agreement on the UK’s withdrawal deal and a a vote in Parliament on the future UK/EU relationship.

In a warning to feuding Tories from the Remain and Leave wings of the party, Mr Skidmore said: “Together we stand, divided we fall.

“The message is particularly acute as we approach the final stage of Brexit negotiations with the EU.”

Writing in the Daily Telegraph, the Kingswood MP said the history of the 1990s demonstrated the “futility of members of the same political family prioritising division over our duty to serve the country”.

He said that Conservatives must return their focus to domestic policies like public services, tax and controlling welfare bills if they are to “unite our party and win for the future”.