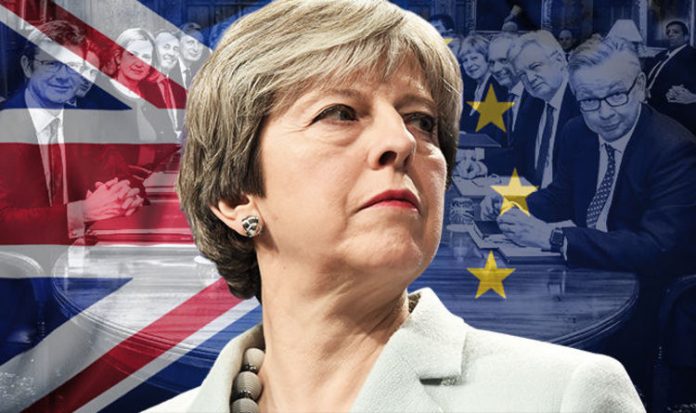 Nick Timothy, who was one of her closest advisers in Downing Street, has warned that Mrs May will agree to a “worst of all worlds” Brexit deal that would be worse than no deal at all.

“It is time to show some fight, and do a deal true to what Britain voted for two years ago,” he wrote.

The Chequers plan was reportedly the brainchild of much criticised Whitehall mandarin Olly Robbins who has been accused of being a Remainer in Downing Street.

It led to the resignations of Mr Davis and former foreign secretary Boris Johnson and has been criticised by Brexiteers for making Britain a “vassal state” of the EU.

However, the EU has also criticised the plan for breaching its rules.

But speaking in Africa, Mrs May said she wanted to enhance already strong relationships between UK and Kenya after Brexit “when we are outside the EU and we have the opportunity to negotiate these trade deals on behalf of the UK rather than as part of the EU”.

The Prime Minister emphasised the important thing was that it was private sector investment that would create the jobs and growth.

She added: “The British public voted to leave the EU. We will be leaving the EU on March 29 2019.

“So we will be delivering on the vote of the British people.

“The Chequers deal I believe is a good deal for the UK but also for the EU.

“It ensures we can maintain a good trading relationship with the EU while having the freedom to negotiate trade deals on our own behalf around the rest of the world.

“Doing that means we can protect jobs and livelihoods.”

She said Chequers also delivered on promise of ensured no hard border in Northern Ireland or Irish Sea.

“So Chequers delivers on the Brexit vote. It does it in a way that I believe is good for the UK.

“Obviously we are in negotiations with the EU but i believe our proposals are not just good for the UK but they are good for the EU as well.”