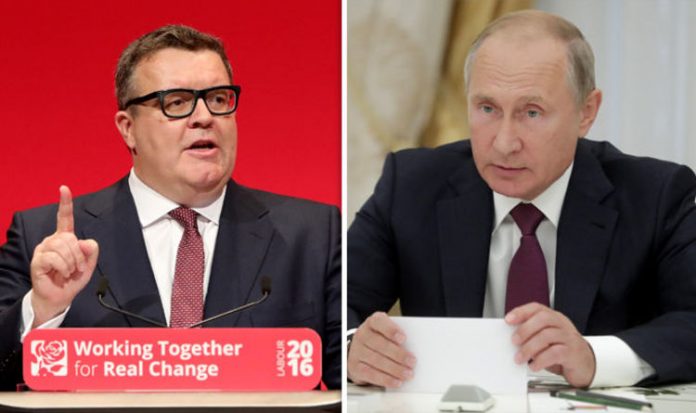 Mr Watson said the vote might have been “stolen” and if the NCA was not investigating then a public inquiry with powers similar to the US special counsel Robert Mueller should be held.

Mueller is investigating alleged Russian interference in the 2016 US presidential election.

The deputy leader said it was “in the public interest” for the Government to confirm or deny the investigation by the NCA.

He added: “And if they’re not, I think there does need to be an adequately resourced public inquiry so that people know the facts of the referendum.

“They need to know whether that referendum was stolen or not.”

He said the Electoral Commission was not the right body to be tasked with investigating state interference.

Mr Watson said it was also part of the same problem Jeremy Corbyn had highlighted in his speech on media reform last week.

He continued: “Jeremy has highlighted the problem of there being too many statutory bodies and this is what we’ve seen in the referendum.

“We know there were breaches of data laws and election laws and even possible state interference.

“There’s half a dozen different bodies looking at different aspects of this and I just don’t think this is the way for the British people will get the truth of what happened.

“I really do think we need a Mueller-style inquiry to establish the facts and there’s obviously an urgency to this.”

It is the first time a member of Labour’s front bench has called into question the legality of the referendum.

Labour MP for Exeter, Ben Bradshaw, has been pressing for the past 18 months for the Government to act on reports of alleged Russian interference.

He said on Twitter it was “great to have the Labour front bench weighing in”.

Mr Watson made his comments in a question and answer session at the Byline festival in Nutley.