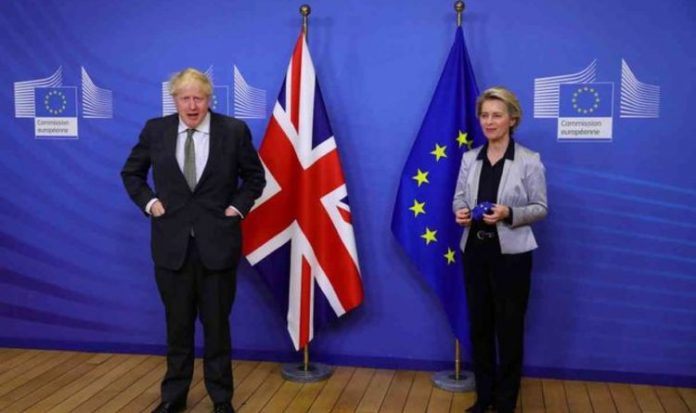 However, many Leave voters would see membership of the Efta as seeing the UK still shackled to EU trade policies that they would have no say over. Britain becoming a member of the European free trade area would allow access to the single market access, but reduce the level of sovereignty as there would have to be a freedom of movement requirement. In a Daily Telegraph column, Mr Hannan said this would have been better than “the rage, the broken friendships, the tribalism that we have been through” in the current negotiations with the EU.

He questioned whether leaving the EU but retaining membership of the Efta would be worse than the present condition.

He said: “Would it be worse than a rupture so severe that Brussels is half-threatening to block our flights?”

Mr Hannan added this would have allowed the UK to “leave the Common Agricultural and Fisheries Policies, saving the greater part of its budget contributions and being free to strike its own trade deals.”

He explained this would make “Brexit a process, rather than an event”.

Mr Hannan blames a polarisation between Remainers and Leavers that caused a failure to reach a quick settlement.

This failure said Mr Hannan has allowed the EU to bolster its motivation to “give Britain a kicking” for attempting to leave the bloc.

Now we have a position where “Britain should be the only country in the world not to control its own maritime resources.

“And, Britain should agree to follow EU economic standards in the future.”

“You need at least eight weeks.

“It is borderline irresponsible to do anything less than that.”

However, a Government spokesperson told the Daily Telegraph that it is “working closely” with the freight industry to limit disruption.

Downing Street said: “Resilient supply chains and free-flowing freight are integral to the UK economy and we will do everything we can to resolve the situation as quickly as possible.

“We’ve been clear that there will be no extension to the transition period, but we have set out a pragmatic flexible approach to border controls, implementing them in three stages so traders have more time to prepare.”