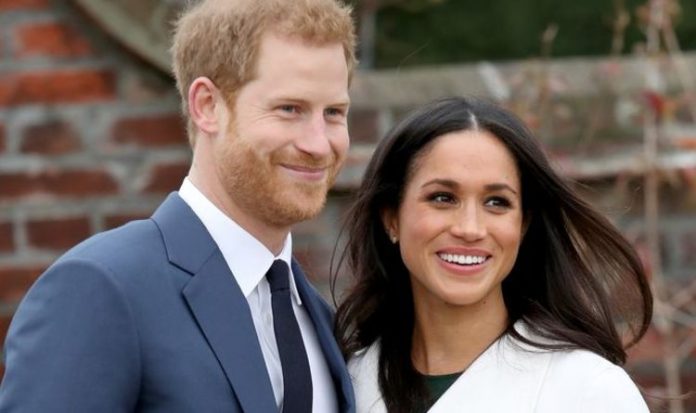 Royal expert Marlene Koenig argued that Prince Harry and Meghan Markle have already taken significant steps to being self-sufficient in America. During an interview with Express.co.uk, she argued that royal fans around the world need to accept the Duke and Duchess of Sussex are going to do things their own way from now on. Ms Koenig also reflected on the relationships the royal couple with have with other royals as they go forward.

Ms Koenig said: “There is definitely some strain between the brothers.

“I think they have made a decision and it is a decision they made for themselves and their family.

“Meghan and Harry have chosen to do their own thing and becoming self-sufficient, which they have already done, through this Netflix deal.

“We don’t know exactly how much they were paid and everyone is just guessing and being able to buy a house in Montecito which is not cheap.

DON’T MISS: Prince William and Kate defended by those visited for train tour

“They have been doing all sorts of things.”

Ms Koenig then praised Prince Harry for his continued dedication to helping veterans and the armed services even if he is no longer working on behalf of the Royal Family.

Ms Koenig continued: “We have to accept and realise that they have gone their own way.

“We have to respect that.”

“They are family and I think the focus needs to be on what the family does, not what happens behind the scenes.”

Ms Koenig has also argued that Meghan and Harry are unfairly criticised since stepping down.

For one of the most contentious issues on their titles, the royal expert offered a simple solution.

She insisted the royal couple should sign their projects as Meghan, Sussex, and Harry, Sussex, as have other members of the Royal Family before them.