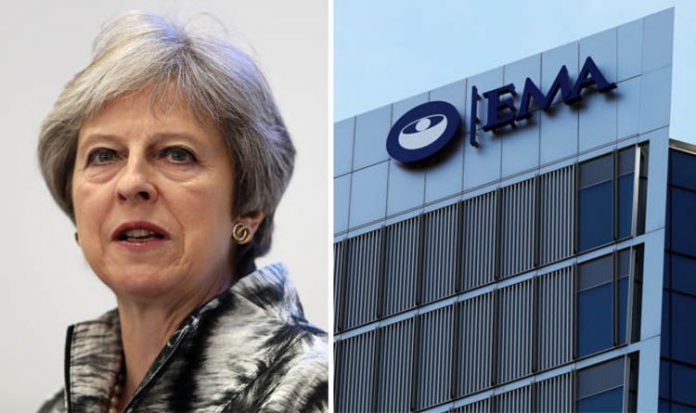 Theresa May suffered another painful blow yesterday as the Government were defeated on a vote on amendments for the Brexit trade bill.

The latest Tory drama has seen major figures in the government – Boris Johnson and David Davis – resign over significant disagreements.

Further resignations have played into the hands of Labour, who were able to snag a narrow win over Mrs May in the latest negotiations.

And yesterday the Government was forced to accept an amendment which forced the UK to remain in the European Medicines Agency.

What is the European Medicines Agency?

Part of the European Union, the European Medicines Agency (EMA) is located in London, and began operating in 1995.

The EMA was created for the purpose of scientific evaluation, supervision, and monitoring of medicines within the EU.

The organisation serves to protect human and animal health in 28 member states, and countries within the European Economic Area (EEA).

EMA objectives also focus on monitoring the market, and it ensures medicines are safe and effective, and of a high quality.

This means medication in the UK prescribed to you by a GP will have gone through EMA evaluation before sitting in your medicine cupboard.

The EEA is also a useful advisory body to both professionals and on the patient level.

Impartial and clear information about the use of medications in an easy access language is apparently a priority of the organisation.

However, the EMA exists as a regulatory body, and does not carry out research or develop medication on tis own, which is left to pharmaceutical companies.

Why is the UK still in the EMA?

European Commission objectives are to make binding decisions for EU member states based on scientific recommendations by the EMA.

This means that members of the European Union, including the UK, are all part of the EMA until the country withdraws next year.

However, the latest vote means the Government is required to make continued UK participation in the EU medicines regulatory network partnership a negotiating objective in talks with the EU.

What does the loss mean for Theresa May?

Despite the Prime Minister’s loss on the EMA vote, she didn’t suffer a complete defeat.

One of the most important aspects of the new plan – remaining in the Customs Union – was backed by the House of Commons.

Mrs May was able to come away victorious with a marginal victory of just six votes, at 307 votes to 301.

For now, Theresa May is sitting on shaky ground but is passing the important parts of her plan through Parliament.