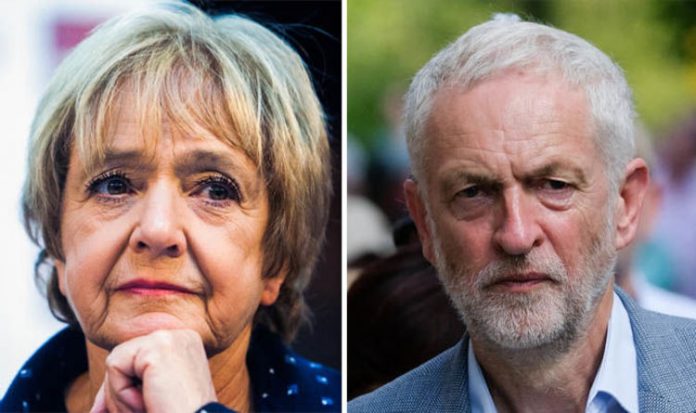 Dame Margaret Hodge reportedly confronted Mr Corbyn in Parliament after Labour’s ruling body adopted a new code of conduct on anti-Semitism, which Jewish groups have denounced as too weak.

The former Government minister, who is Jewish and lost family members in the Holocaust, was said to have told him: “You have proved you don’t want people like me in the party.”

She is understood, however, to deny using the f-word in her tirade, to which Mr Corbyn reportedly replied: “I’m sorry you feel like that.”

His spokesman said Parliamentary Labour Party rules require “behaviour to be respectful between colleagues and not bring the party into disrepute”.

He said: “The behaviour was clearly unacceptable between colleagues.

“Jeremy’s door is always open to discussions with members of the PLP.

“Action will be taken.”

The spokesman declined to say what could be done and if there would be an inquiry into the facts.

Today Dame Margaret defended her actions in telling Mr Corbyn “to his face what I and many others are feeling.

“Under his leadership the Labour party is perceived by most Jews, thousands of party members and millions of members of the public as an anti-Semitic, and therefore racist, party.

“As our leader, he is now perceived by many as an anti-Semite,” she wrote for the Guardian.

“I chose to confront Jeremy directly and personally to express my anger and outrage. I stand by my action as well as my words.” 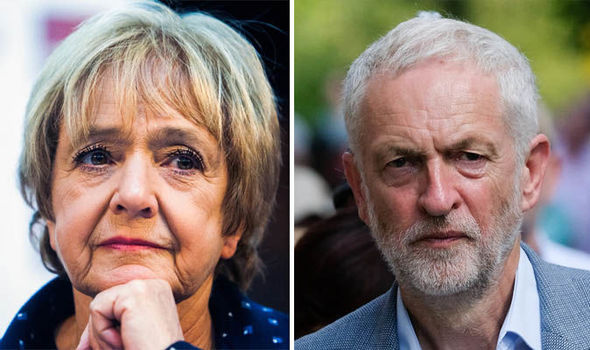 She accused the Labour leadership of breath-taking “arrogance” in ignoring Jewish concerns and of being willing to tolerate growing anti-Semitism as “a legitimate price for pursuing the longstanding cause of Palestinians in the Middle East.

“Because of that, anti-Semitism has become a real problem in the Labour Party.”

By refusing to fully adopt the international definition of anti-Semitism, Labour also “chose to offend Jews” and make the party a “hostile environment” for them, she added.

A string of Labour MPs who have also accused their leadership of not doing enough against anti-Semitism in party ranks lined up to support their backbench colleague.

Wes Streeting said the “action” required was a “fulsome apology to Margaret and the Jewish community for the flagrant disregard shown for their concerns”. 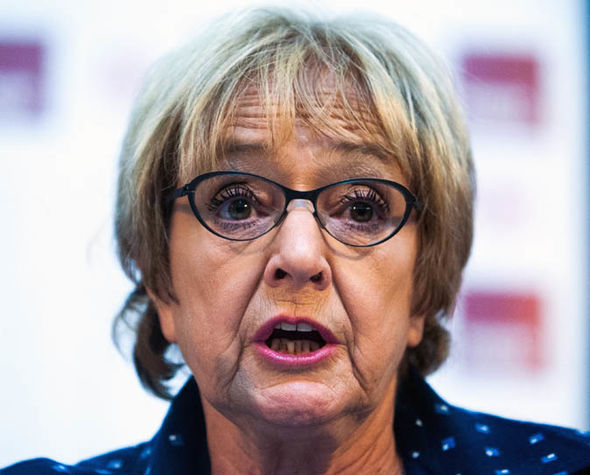 Ian Austin commented: “Imagine if Jeremy and his team were as quick to take action against the people responsible for racism as they are with the people complaining about it.”

Luciana Berger said: “Margaret Hodge is a formidable MP and an asset to our party.

“Her family were murdered in the Holocaust and she thrashed the far right in Barking (in east London).

“When she speaks out about anti-Semitism, people should listen and act rather than condemn her.”

The row followed the Labour executive’s failure to include in a new code of conduct the full definition of anti-Semitism as set out by the International Holocaust Remembrance Alliance.

The code, drawn up after protests by Jewish groups earlier this year, says “anti-Semitism is racism (and) unacceptable” but activists say it is a diluted version that disregards and fails British Jews. 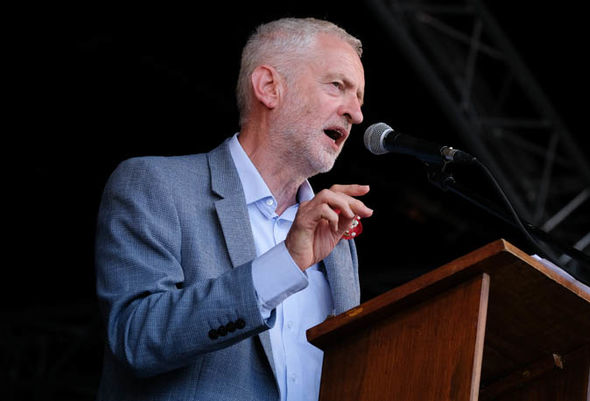 It says criticising Israel and its policies is not automatically anti-Semitic, and even “contentious” comments about it “will not be treated as anti-Semitism unless accompanied by specific anti-Semitic content … or by other evidence of anti-Semitic intent”.

The code endorses the IHRA’s working definition of anti-Semitism and includes some of the examples it gives of behaviours likely to be regarded as anti-Semitic, plus others unique to the Labour document.

But four IHRA examples it omits are: accusing Jewish people of being more loyal to Israel than their home country; claiming Israel’s existence is a racist endeavour; holding Israel to higher standards than other nations; and comparing contemporary Israeli policies to those of the Nazis.

Labour insisted those examples are still covered by the new code, which aims to make the definition more appropriate for use by a political party, including in discipline cases.

However, amid heavy criticism, the party has agreed the code will be “reopened for further discussion with Jewish community organisations”.

The Corbyn spokesman insisted the party leader was “implacably opposed to anti-Semitism”.

At question time in the House of Commons, Prime Minister Theresa May said: “The Labour Party is trying to redefine anti-Semitism to allow people to say that Israel is a racist endeavour.

“The Chief Rabbi says that what the Labour Party is doing is sending an unprecedented message of contempt for British Jews.

“Even some of his own MPs are saying this is anti-Semitic. Anti-Semitism is racism, the Labour Party should accept that, (Mr Corbyn) should accept that and we should all sign up, as the Conservative Party has done, to the definition of the IHRA and all its annexes.”

Labour MPs Kate Hoey, Frank Field, John Mann and Graham Stringer, who saved Mrs May from potentially career-ending defeat on Tuesday by voting with her against a bid to keep the UK in a European customs union if a free trade deal is not done in Brussels, will be “dealt with in the normal way”, said Mr Corbyn’s team.