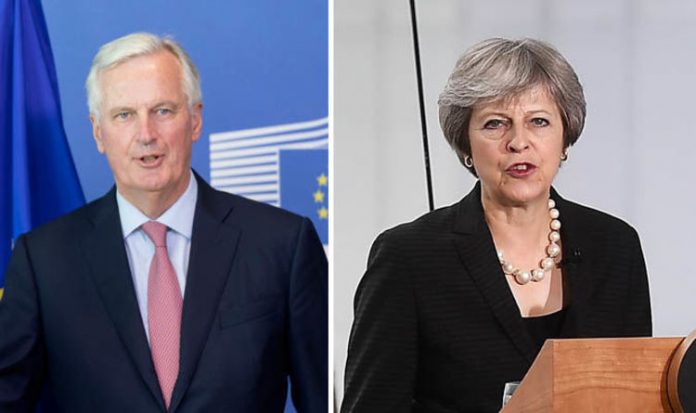 And senior research fellow Sam Lowe has suggested that the facilitated customs partnership idea set out in the document amounts to a “stalking horse” for the UK being part of a straightforward customs union.

However, he added that despite Prime Minister Theresa May’s difficult task of holding her party together in the face of an increasingly strained relationship between Remainers and Brexiteers, a leadership challenge was unlikely in the short term.

Mr Lowe made his remarks during a blog on the CER’s website, prior to Brexit negotiator Michel Barnier delivering his verdict on the document, thrashed out during a cabinet meeting at Chequers earlier this month.

He said: “It’s a quite clever proposal and you can see that the UK has put quite a lot of thought into tit.

“But unfortunately for the UK, the EU is just not going to agree to something like this.

“I think the Leavers are probably more right on something like this, in that it probably is and is to my mind a stalking horse for accepting a customs union.

“The EU has already said it would reject such a model. It will have lots of questions of how this could work.

“There will be fears of lots of cheap imports into the UK being used in products which then get exported to the rest of the EU and then undercutting manufacturers in the other 27 EU member states, and a lot of questions about how the tariff revenue is actually divided up.

“The UK has said we will agree a formula, they haven’t really said what this is.

“It could be seen as the opening salvo in a negotiation which will lead to the UK accepting we are in the customs union, which most businesses in the UK would like, and actually is something the EU is willing to discuss.

“Theoretically the plan could work but I think it is probably dead on arrival when it lands on Mr Barnier’s desk.”

Despite the ongoing wrangling within the Conservative Party over the White Paper, Mr Lowe added that the prospect of Mrs May being toppled as PM by critics such as arch-Eurosceptic Jacob Rees-Mogg was remote.

“And if they were to call a leadership election and then lose, then they would have to wait another 12 months before they could call one again, under Conservative internal rules.

“So we are in this era of essentially perpetual stand-ff, where nothing can be decided, and I think that’s problematic.”