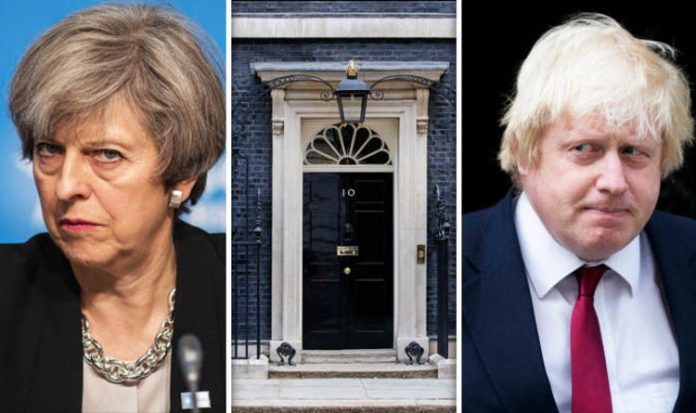 Boris Johnson, who has long been a thorn in the Prime Minister’s side, certainly didn’t plan to resign quietly.

In his explosive speech in the House of Commons on Wednesday, he said the government had allowed a “fog of uncertainty” to descend on the Brexit process over the past 18 months.

He praised Mrs May’s “courage and resilience,” but said her plan for Brexit would see the UK in “miserable limbo”.

Speculation is rife that Mr Johnson’s actions lately are forecasting his desire for the top job, a role he has been rumoured to covet since the EU referendum.

Will Boris Johnson be the next Prime Minister?

In his speech, Mr Johnson appeared to extend a thinly-veiled lifeline to his own career, saying: “It’s not too late to save Brexit.”

He lashed out at fellow Brexiteers, including his old rival Michael Gove, for believing they can fight for changes to the deal later.

“It is absolute nonsense to imagine, as I fear some of my colleagues do, that we can somehow afford to make a botched treaty now and then break and reset the bone later on,” he said.

“We have seen even in these talks how the supposedly provisional becomes eternal.”

He didn’t directly call for Mrs May to step down, but spent most of the speech criticising her negotiating strategy.

According to Mr Johnson’s friends, he has insisted he is not trying to emulate Sir Geoffrey Howe, whose caustic resignation speech in 1990 is widely thought to have paved the way for Margaret Thatcher’s downfall weeks later.

Mrs May has weathered a torrent of criticism since she proposed the Brexit bill at Chequers earlier this month.

And things are still on a shaky footing for the Prime Minister.

Yesterday, one MP came forward and publicly announced he’d submitted a letter of no-confidence in the Prime Minister.

Conservative MP Philip Davies said in the letter to the 1922 Committee: “It is with much sadness that I have to say that have lost trust in [Theresa May] to deliver the referendum result.

“Failure to keep our promise to the electorate will almost certainly lead to the catastrophe of Jeremy Corbyn becoming Prime Minister and I cannot sit back and allow that to happen.”

If 48 Tory MPs (15 percent) send letters of no-confidence, a vote to determine the future of the premier will be triggered.

MPs who submit these letters are entitled to anonymity so it is not known how many have been sent, but it is reportedly around the 40 mark.

If she is voted out, it’ll be open season for someone to take her place.

UKIP leader Gerard Batten told Express.co.uk: “What we’re seeing is complete chaos inside the Tory party it looks as though we could well be going towards a leadership election very similar to the one we can remember from 1992 when John Major was forced out.”

Mr Batten added he thinks Boris has seen an opportunity with the Prime Minister’s position weakened and “wants to make sure he gets in the running for the top job.”

“He’s calculated that Mrs May is a wounded animal,” Mr Batten said.

The odds aren’t in his favour, however.

The latest from Ladbrokes on Boris to take the role is a long shot at 8/1.

Jeremy Corbyn is favourite at 5/1 (although we would have to have an election and a Labour win first), followed by Michael Gove at 6/1 and Sajid Javid at 7/1.

Also in the race is Brexiteer Jacob Rees-Moog, with odds at 11/2.