New Brexit Secretary Mr Raab has won an agreement from Theresa May that all documents exchanged between she and chief Europe adviser Mr Robbins be seen by him too and that he will also attend all their meetings.

A source said: “The deal is that every document from Olly Robbins to the Prime Minister has to go through Dom now – which often didn’t happen in the past.

“Every meeting, Dom will attend, which hardly ever happened before.”

The source added: “He is taking back control.”

The demands by Mr Raab come after Mr Robbins was awarded an eye-watering bonus after proposing to Mrs May the common rulebook on goods with the bloc which formed the core of her Chequers agreement and triggered the shock resignations of Brexit bulldogs David Davis and Boris Johnson.

The bonus was signed off personally by Mrs May sparking outrage by Eurosceptic MPs who are baffled by the nod for his input on a Brexit yet to be delivered.

Iain Duncan Smith said: “I was under the impression that bonuses should only be paid to people who had achieved exceptional work.

“This looks premature given that we are still in the negotiation stage.”

Fellow Tory MP Andrew Bridgen added: “Given the state of the so-called negotiations with the EU, no-one should be getting a bonus.

“As the architect of the Chequers agreement capitulation to the EU, I;m surprised it isn’t Brussels paying his bonus.”

He added: “I wouldn’t pay him in buttons.”

A No 10 spokesman said: “Bonuses in government are based on a performance levels and are made as part of an appraisal process which has an independent chair and a robot process.”

Mr Raab is expected to use his new access to stop the controversial Chequers deal being further watered down.

Yesterday, he vowed to ”intensify” talks in his first meeting with EU chief negotiator Michel Barnier, who replied by saying “we have a lot of work to do”.

Mr Raab said: “The clock is ticking, so I’m looking forward to intensifying negotiations and making sure we are in the best position to get the best deal.” 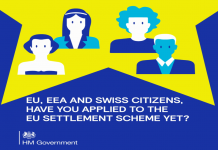 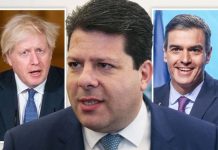