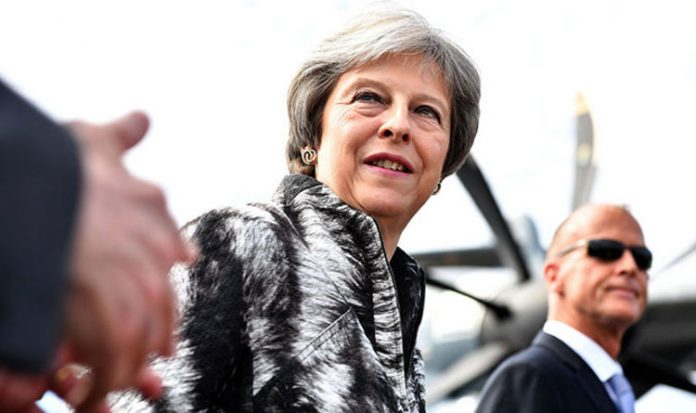 Prime Minister Theresa May and her cabinet met on Friday, July 6 to discuss Britain’s future relationship with the EU.

Mrs May believed all members in her party had agreed on terms, however, an onslaught of resignations tested her resolve.

Secretary of State for Exiting the European Union David Davis resigned from his position last week after disagreeing with the Prime Minister’s Brexit strategy.

Mr Davis told BBC’s Newsnight: “I made a decision which was based on a difference of principle.

“I was the Secretary of State responsible for exiting the European Union, the policy being put forward was one that I did not believe in.

Following Mr Davis’ resignation, his second in command at the Department for Exiting the EU Steve Baker also left his post.

Foreign Secretary Boris Johnson then became the third minister to resign in 24 hours in a shocking blow to Mrs May’s Brexit plans.

He claimed in his resignation letter the UK was headed “for the status of a colony” should Mrs May’s soft Brexit plans go ahead.

“The trouble is that I have practised the words over the weekend and find that they stick in the throat,” Mr Johnson wrote.

“Since I cannot in all conscience champion these proposals, I have sadly concluded that I must go.”

In total, ten ministers have resigned since the Chequers meeting ten days ago.

Will Theresa May call a second referendum on Brexit?

A compromise had been established with Mrs May’s chaotically divided cabinet at a meeting in her country home Chequers, however, it was cut short by the resignation of three prominent cabinet members.

However, despite the chaos a second referendum on Brexit has been ruled out “in any circumstances” by Downing Street.

This was announced just hours after Justine Greening, former cabinet minister, demanded a second EU Referendum as she described Theresa May’s Brexit strategy as “the worst of all worlds”.

Former education secretary Ms Greening called for three voting options in a second referendum: Mrs May’s Chequers deal, a clean break from Europe with no deal or to remain in the EU.

The Prime Minister spoke before the House of Commons minutes after the announcement of Mr Johnson’s resignation, speaking of the discussion at Chequers as consisting of “robust views…exchanged around the cabinet table, as they have been around the breakfast table”.

Mr Corbyn added that: “more and more people are losing faith that this government is capable of delivering a good Brexit deal and that is just within her own cabinet”.