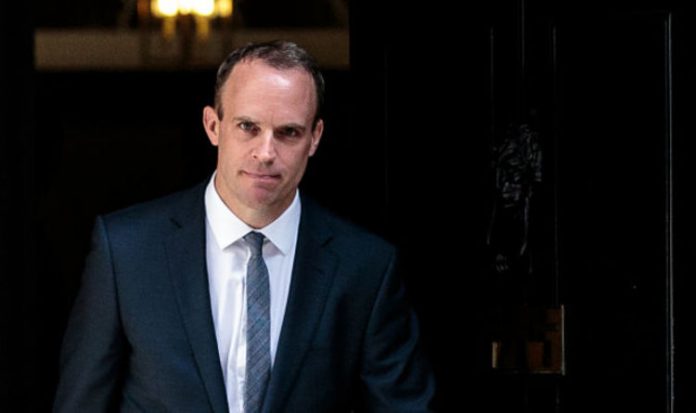 The Prime Minister’s remaining Brexit bulldogs have demanded no deal plans are published as a condition for supporting her controversial white paper.

The plan would only be implemented should the EU reject her soft Bexit offer.

A Whitehall official said: “Michael Gove was one of several ministers who accepted that the UK should try and reach a deal with Brussels on a plan for a softer Brexit.

“But the quid pro quo was that this had to be accompanied by a more convincing threat that the UK could walk away from the talks if the EU refuses to play ball.”

The Department for Exiting the European Union’s new focus is now on no deal planning as Mr Raab’s first major step in redefining – and rebooting – his office after Mr Davis threw in the towel.

Officials predict he has even gone as far as making no deal planning his sole focus, leaving Mrs May’s chief Brexit negotiator Olly Robbins to deal with talks with Brussels.

Though some Brexiteers have argued Mr Robbins has scooped too much power.

Brexiteer Mr Raab told officials there would be structural changes in his department “in the next few weeks”, a senior Whitehall figure said.

Jill Rutter, of the Institute for Government think-tank, said: “There’s a huge communications effort that needs to be made towards business in the event of a no deal, such as hat happens to suppliers and supply chains.

“Other countries, such as Ireland and the Netherlands, have already put in place much better resources than the UK to help business plan for that eventuality.”

Henry Newman, director of Open Europe, said on the Conservative Home website last week that Mr Raab should use his role to shape negotiations.

He added: “Making preparations for no deal must be a crucial part of Raab’s role as Brexit secretary.”

Today, the Prime Minister faces a showdown in the House of Commons the MPs vote on a series of amendments hoping to wreck her plan for a “common rule book” covering a new “UK-EU free trade area”.