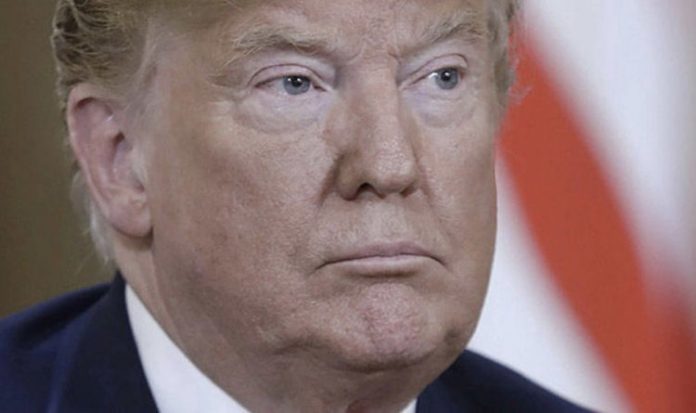 German foreign minister Heiko Maas insisted Europe could not reply on President Trump and demanded the EU’s 28 member states join forces to take on the leader together.

Mr Maas told the Funke newspaper group: “To maintain our partnership with the USA we must readjust it.

“The first clear consequence can only be that we need to align ourselves even more closely in Europe.”

He added: “Europe must not let itself be divided however sharp the verbal attacks and absurd the tweets may be.”

Mr Maas’s criticism of Mr Trump came after the American, who last week came to Britain in a visit deemed highly controversial by hundreds of thousands of protesters, slammed the EU in an interview in Scotland.

Asked in a TV interview to name his “biggest foe globally right now”, the US president started by naming the European Union, adding he found the body “very difficult”.

Speaking at his Turnberry golf course in Scotland, he told CBS News: “Well I think we have a lot of foes.

Apparently taken aback, anchor Jeff Glor replied: “A lot of people might be surprised to hear you list the EU as a foe before China and Russia.”

But Trump insisted: “The EU is very difficult. I respect the leaders of those countries. But in a trade sense, they’ve really taken advantage of us.”

President Trump also urged Prime Minister Theresa May to “sue the EU” rather than go into negotiations over Brexit, she revealed.

Donald Tusk, president of the European council, tweeted: “America and the EU are best friends. Whoever says we are foes is spreading fake news.”

Their joint-summit is hotly-anticipated due to their volatile relationship after the US imposed a series of sanctions against Russia when it annexed Crimea from Ukraine in 2014 and suspected Russian backing of Bashar al-Assad’s gas attack on the Syrian region of Douma in April this year.

Added to that re rumours of Russian meddling during Mr Trump’s election campaign.

President Trump has sought to improve his relationship with Mr Putin since taking office in 2016.