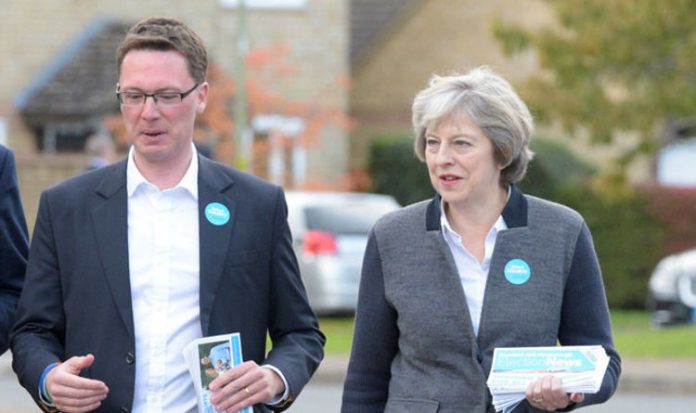 Robert Courts, who took over the Witney constituency that used to be held by David Cameron, stood down from his role as a parliamentary private secretary at the Foreign Office to allow him to vote against the Government in the Commons tomorrow night.

His exit follows the resignations of Boris Johnson, David Davis, Steve Baker and Greg Hands from ministerial jobs – and Maria Caulfield and Ben Bradley from party roles – over the Brexit row.

Mr Courts announced his departure on Twitter today, expressing opposition to the Brexit plan agreed by the Cabinet in a meeting at Chequers.

He wrote: “I have taken very difficult decision to resign position as parliamentary private secretary to express discontent with Chequers in votes tomorrow.

“I had to think who I wanted to see in the mirror for the rest of my life. I cannot tell the people of West Oxon that I support the proposals in their current form.”

Mr Courts became a parliamentary private secretary, often seen as the lowest rung on the frontbench ladder, last January. At the time he said he was ‘delighted’ at this appointment.

He was elected to the Commons in a by-election in October 2017 and re-elected with an increased majority of more than 21,000 votes at the general election last year. He voted to Leave the EU in the 2016 referendum on the UK’s membership of the bloc.