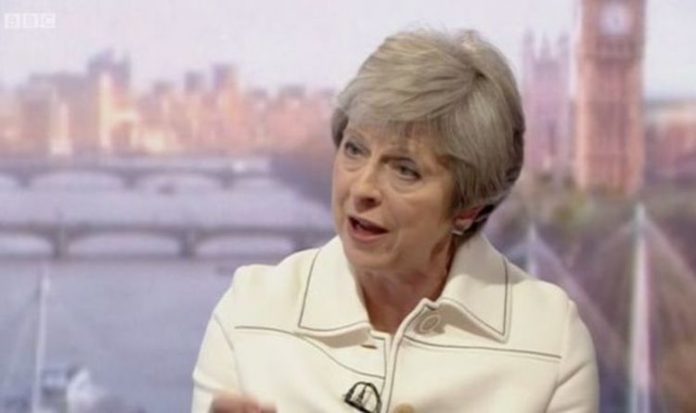 The Institute of Economic Affairs (IEA) states the UK is in a unique position to sign a trade agreement with the EU because its regulations are already “identical or fully recognised” as a result of the country’s current status of having membership within the bloc.

In a scathing review of Theresa May’s current white paper, which was revealed at Chequers, the IEA claimed the Prime Minister’s proposal for a “common rule book” on production of goods and agricultural products would force the country to become a “rule taker without any representation during the process of rule-making”.

It said: “Pro Competitive regulation is essential for the UK economy, and the vital first step is regulatory autonomy.”

They warned that new plans to “follow EU Rules” after Brexit could box the UK “into a corner”.

Instead they want a system of “mutual recognition” by the UK and EU of each other’s sets of standards.

It says the EU’s failure to accept the new terms would isolate the bloc, while the UK’s trade barriers are “lowered”.

The proposal, put together by a team led by former US trade adviser Shanker Singham, reads: “The UK should seek maximum mutual recognition on day one, and equivalence mechanisms in the EU that allow this where they do not exist already.

“Negotiating this with the EU will be challenging, but this is too important a principle to abandon.

“If the EU will not accept it, it will be further isolated in a world where regulatory recognition and good regulatory practice is increasingly the preferred pathway to lowering trade barriers.”

Ministers have insisted that the absence of an identical set of rules to that of the EU would result in a hard border between the Northern Ireland and the Republic for goods checks.

Mrs May’s aides described the common rule book as a “necessary compromise to get the EU to engage” in the Government’s proposal.

On Sunday, former Brexit Secretary David Davis warned the UK could be forced into an even softer exit from the EU, due to the concessions Theresa May made to the European Union in her latest Brexit plan.

In a column for the Sunday Times, Mr David painted a bleak future for negotiations as he warned the UK is now in a much weaker position – despite the experts highlighting he positives of a common rule book approach.

Mr Davis said: “It augured a bad day when the cabinet decided by a majority of about three to one to make concessions to the EU that were so fundamental they risked undermining the whole Brexit process.

“These were described by the European Commission as the UK’s ‘red lines’. In fact they were the democratic decisions of the British people.”

“None of this really amounts to taking back control. What is more, it is likely that the EU, having achieved a break in the UK’s position, will simply pocket the concessions and ask for more.

“For that reason alone this is a very bad decision.”