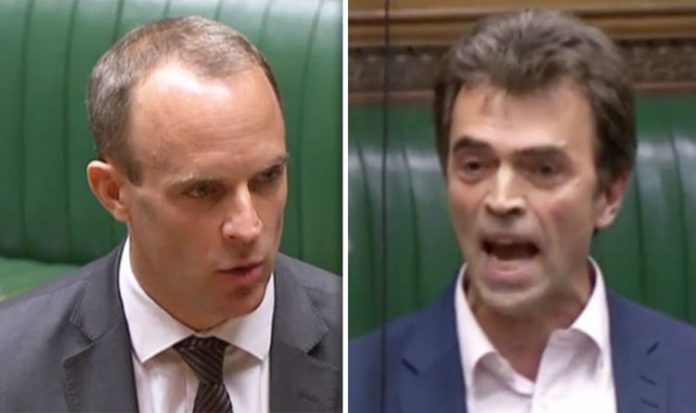 Liberal Democrat MP Tom Brake railed against the progress of Brexit negotiations this afternoon in the House of Commons, claiming that Chequers was “as dead as a dodo” and branding the ongoing preparations a “Tory Brexit shambles”.

Brexit Secretary Dominic Raab replied: “I’m afraid the honourable gentleman is not correct on any of those points” to laughter in the House.

Mr Brake said: “What a Tory Brexit shambles. Chequers is as dead as a dodo, the Secretary of State knows that as does everyone else in this house.

“Rejected by the Tory right, rejected by the European Union. No deal he knows would cause huge damage to British jobs and families.

He continued: “Isn’t the truth that the only option left for the Secretary of State is the one that he advocated two years ago. That was, after a pause for reflection, to allow a final say on the deal.”

Mr Raab replied: “I’m afraid the honourable gentleman is not correct on any of those points.

“We’ve got a positive set of negotiations with our EU partners and friends.

“Its often very difficult to get Brussels moving in August, but in all these different areas we’ve made assiduous progress, we’re going to keep working on it.”

He said: “One thing I will accept is that we’re not aiming for no-deal, we’re aiming for a good deal for the UK and the EU. The irresponsible thing to do is to make no preparations in case those negotiations don’t read the goal that we’re all seeking.

During his speech in the Commons on Tuesday afternoon, the Brexit Secretary updated MP’s on negotiations with the European Union claiming he was “confident that a deal is within our grasp”.

He said: “I am confident that a deal is within our grasp if our enthusiasm and pragmatism is matched by our EU friends.”

Over the weekend Prime Minister reiterated she would stand by her controversial Chequers blueprint adding that she would not compromise if it is “not in our national interest”.

The Prime Minister was however placed under pressure from the former foreign secretary after Boris Johnson ripped into the Chequers plan in his column for The Daily Telegraph.

Mrs May’s spokesman responded by saying: “Boris Johnson resigned over Chequers. There’s no new ideas in this article to respond to. What we need at this time is serious leadership with a serious plan and that’s exactly what the country has with this Prime Minister and this Brexit plan.”