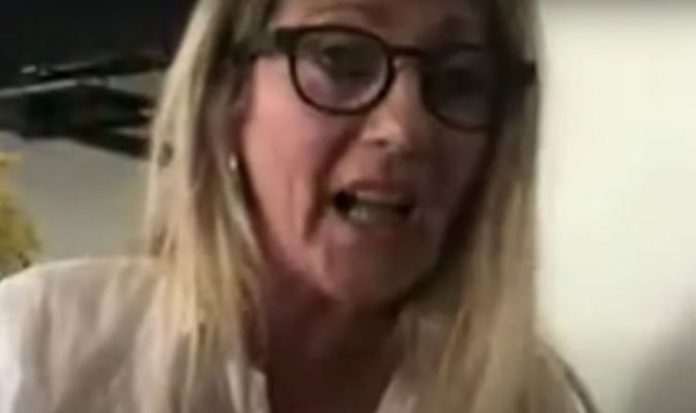 A former Brexit Party MEP has ripped into Michel Barnier’s rigid positions in the deadlocked Brexit trade talks. This week, Mr Barnier said he was “worried and disappointed” about the lack of concessions from his British counterpart, David Frost, amid a fast-approaching deadline for a deal. The Frenchman, who held attacks with Mr Frost on Tuesday, insisted that the end of October was a “strict deadline” to finalise an agreement for next year.

Former MEP June Mummery took the chief EU negotiator to task for his recent remarks in a furious outburst.

She condemned Mr Barnier and the Brussels leadership for acting “arrogant, condescending and extremely unfair” in the talks.

Speaking to RT, Ms Mummery said that Mr Barnier’s refusal to compromise had pushed Britain towards a no deal Brexit.

JUST IN: Barnier exposed by ex-Theresa May staffer over Brexit speech

Ms Mummery hit back: “No, it’s not understandable. The EU does not have the monopoly on the trade and supply chain.

“There is nothing we buy from the EU that we cannot buy from the rest of the world, such as Australia, New Zealand, the US and Japan.

“Trade is not sorted out by government. Business deals are made between buyers and sellers. That’s how I’ve always done business. I don’t have to call my MP to do that.

“If Mr Barnier wants to play hardball then on his head be it.”

She continued: “We can do this. We will take everything back that has been taken away from us.

“Coastal communities have absolutely had their hearts ripped out of them.”

“In 2016, our Prime Minister David Cameron asked for a deal and they slammed the door in his face.

“In my opinion, they have been arrogant, condescending and extremely unfair. We can walk away with a clean slate and get on with things.”