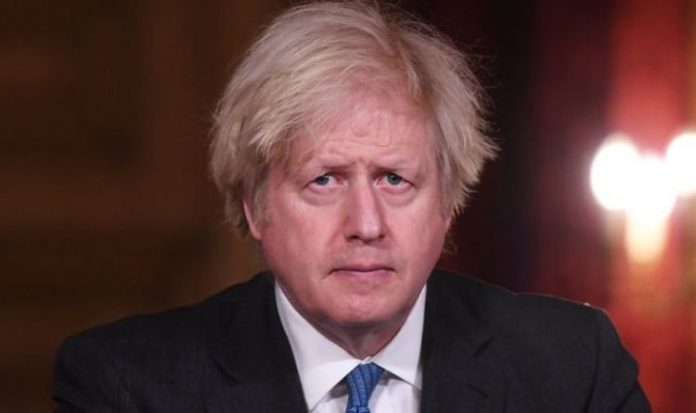 Boris Johnson’s Government plans to bin an EU requirement for insurance even on private land for vehicles including ride-on lawnmowers, golf buggies, quad bikes and mobility scooters. The implementation of the European Court of Justice’s “Vnuk” decision could have increased every British driver’s insurance by £50, according to the department for transport (DfT). It also feared it could decimate motorsports in the UK.

Britain’s insurance industry would have been liable for nearly £2billion in extra costs, which the Government expected would be passed onto customers.

The DfT described the decision to formally remove the impact of the Vnuk ruling from British law as a “clear win for motorists in Britain” and claimed it will protect motorsports.

It stated: “The EU’s rules would have meant any motorsports collision involving vehicles from go-karting to F1 would have been treated as regular road traffic incidents requiring insurance. This could have decimated the industry due to the additional insurance costs of roughly £458million every single year.

“Scrapping the rules will save the industry from potential collapse and secure hundreds of thousands of jobs in the sector in the process.”

Transport Secretary Grant Shapps said: “We have always disagreed with this over-the-top law that would only do one thing – hit the pockets of hard-working people up and down the country with an unnecessary hike in their car insurance. I am delighted to announce that we no longer need to implement it.

“Scrapping this rule would save the country billions of pounds and is part of a new and prosperous future for the UK outside the EU – a future in which we set our own rules and regulations.”

The Government argues Vnuk is unnecessary because insurance packages are already available to cover risks on private land. It will now legislate “at the earliest possible opportunity” to remove the impact of the ruling from British law.

The Vnuk judgement is named after Damijan Vnuk, a Slovenian man who was knocked off a ladder by a reversing tractor on a private farm in 2007. In 2014 the European Court of Justice directed that an EU requirement for compulsory motor insurance must include vehicles on private land.

The Government actuary’s department calculated that implementing the ruling could leave car drivers facing an additional £1.227billion in costs, an extra £50 on the typical insurance policy.

Back in 2017, then-Foreign Secretary Boris Johnson warned that the European Court of Justice ruling could require people to purchase insurance for a “vast menagerie of vehicles”, saying: “This kiddie quad bike insurance law is a perfect example of both the over-regulation that has sapped the competitiveness of the EU and burdened it with low growth and high unemployment, and the judicial activism of the ECJ. What has it got to do with the so‑called single market, whether I tootle around my garden on an undersized quad bike?”