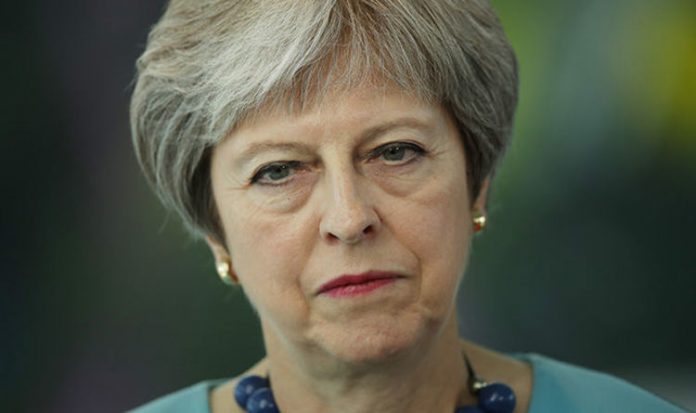 The eagerly awaited masterplan contains a commitment to “ongoing harmonisation” with the bloc in a number of key areas which could spark a ministerial revolt among Brexiteers.

Foreign Secretary Boris Johnson has already been brought back from the brink of resignation by former Prime Minister David Cameron, with Environment Secretary Michael Gove also a potential to cause upset.

The main points of the 100-page dossier are:

1) A commitment to a “single standards model” for goods which would Britain from adopting any competing national standards, which critics fear will jeopardise any future trade deal with the United States.

2) A legal agreement to “ongoing harmonisation with the EU, including agrifoods”.

3) A “common rulebook” with the EU for all goods.

4) A pledge that British courts will follow European Court of Justice rulings “where relevant”.

A leaked extract reads: “We would make a continued commitment to the single standards model for goods so that where there is an agreed European harmonised standard, the UK could not put forward any competing national standards.

“A commitment to the single standards model would not be a barrier to accession to the comprehensive and progressive agreement for trans-Pacific partnership.

“However, it would not allow the UK to accommodate a likely ask from the US in a future trade deal.”

Arch-Eurosceptic Jacob Rees Mogg said the proposals were “not Brexit” and claimed they would reduce Britain to a “vassal state”.

The Department for Exiting the European Union (DExEu) has confirmed that the White Paper will be published next week, possibly on Monday.

It will need to be ratified by Parliament before becoming law.

The DExEu yesterday confirmed a second White Paper would be published shortly enshrining a Brexit agreement between the UK and the EU in law.

“The Bill will only be introduced once the negotiations have concluded and Parliament has approved the deal.

“We will be publishing a White Paper in the coming weeks setting out more details on this Bill.”