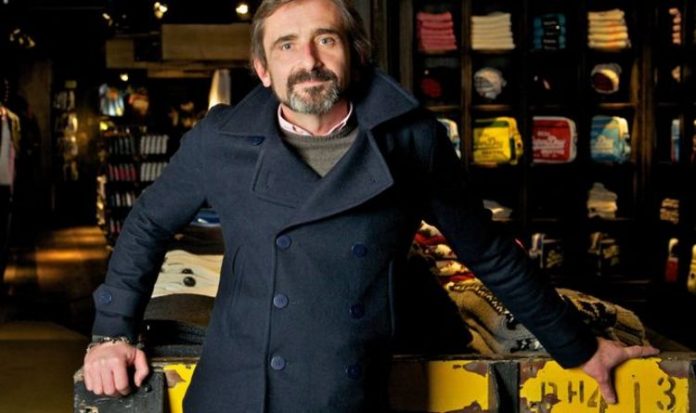 Julian Dunkerton, co-founder of clothing brand Superdry, said he was giving the money to the People’s Vote campaign, with the money going towards one of the biggest polling operations the UK has ever seen as Remainers look to crank up the pressure.

Mr Dunkerton founded Cult Clothing in 1985, opening its first store under the Superdry name in London in 2004.

It now employs thousands of people in the UK and has more than 500 branches throughout the world.

In an article penned for the website of the The Sunday Times, Mr Dunkerton, 53, who stepped down as the company’s CEO three years ago but remains its largest shareholder, said if Brexit had happened 20 years earlier “Superdry would never have become the global success that it is”.

He said: “We would have struggled to cope with negotiating customs and tariffs.

Perhaps even more importantly, Europe was our staging post, because inside the single market we had no fear of opening a store in France or anywhere else in the EU.

“Until Brexit raised its head, people were looking enviously at our country. The whole of Europe was saying it wanted to learn from us. Now we’re close to throwing away this amazing opportunity.

“I’m putting some of my money behind the People’s Vote campaign because I know we have a genuine chance to turn this around.

“It’s becoming clear there is no vision for Brexit and the politicians have made a mess of it.

“Increasingly, the public knows that Brexit is going to be a disaster.”

Mr Dunkerton is not the first wealthy businessman to call for a second referendum in recent weeks.

Billionaire Richard Branson, the founder of the Virgin Group, last month claimed the British people were “misled” in the 2016 vote.

“It’s certainly affecting pretty much every business in the UK adversely, which means it’s affecting every individual in Britain.

“And I think that Britain will be a much poorer and a sadder country as a result. And I think Europe will be sadder without Britain.

“I think if they had another vote, I think they would change their minds.”

Meanwhile, Eurosceptics took to social media to pour scorn on Mr Dunkerton’s announcement – and warn him the People’s Vote campaign had the potential to backfire spectacularly.

Alan Sked, emeritus professor of international history at the London School of Economics, tweeted: “Julian Dunkerton, multimillionaire boss of fashion label Superdry has given £1 million to the People’s Vote which is campaigning for a second referendum.

“Do boycott the label if you are a customer.”

Julian Jessop, chief economist at the Institute for Economic Affairs, posted: #Superdry millionaire Julian Dunkerton is paying for loads of opinion polls – as if we didn’t have enough already.

“But this could backfire if they show sentiment turning back toward #Leave and against a #PeoplesVote… wouldn’t that be deliciously ironic?”