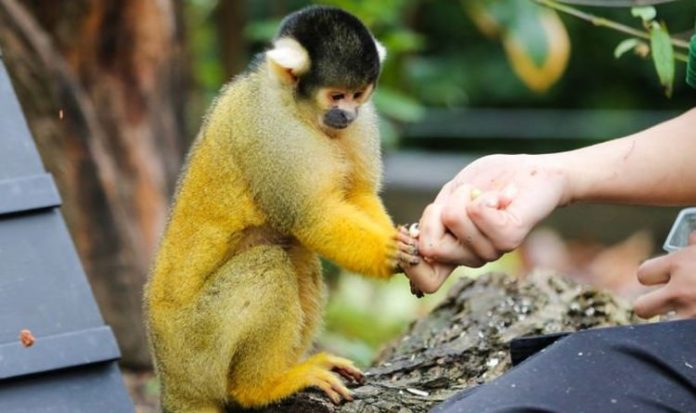 It is feared that aquariums, zoos and safari parks that have seen visitor numbers plummet since the start of the pandemic will go bust with dire consequences for conservation efforts.

Out of more than 300 operations in England, it is understood that just five have won access from the Government’s £100million Zoo Animals Fund.

Zoos must be down to their last 12 weeks of reserves to secure cash from the scheme. But campaigners say that because it can take years to find new homes for zoo and aquarium animals, many zoos would rehome their collections before their reserves reached this point.

Conservative MP Andrew Rosindell, who chairs the all-party group for Zoos and Aquariums, said: “We are in an astonishing place where a £100m support fund has been established and yet zoos that need help cannot access this money. This fund is inadequate and flawed.

“Government has been told this for months… The problem was always the red tape around the fund, including the absurd requirement that zoos exhaust their reserves before they can receive funding.”

The Romford MP said it was “frankly absurd” that “zoos, aquariums and safari parks have not received the same level of full-throated support as museums, heritage and arts sector, despite caring for living, breathing animals – many of which are the last of their kind.”

Under pressure, the Government has pushed back the deadline for applying for help from the scheme from this Monday to January 29.

Mr Rosindell said: “Of course it is welcome that the deadline has been extended, in light of the sweeping new restrictions across the country, forcing the closure of our wonderful zoos and aquariums. However, if the government does nothing to substantially alter the eligibility criteria then it will be little more than an empty gesture.”

Cerian Tatchley of the British and Irish Association of Zoos and Aquariums (Biaza), said: “Millions of us visit zoos, aquariums and safari parks every year, supporting their fight against extinction. On the one hand Government has been extraordinarily generous in providing the £100m scheme, but this money is not getting to zoos in their time of need.

“With the majority of the fund unspent we need this money ring-fenced for a new scheme in 2021 that supports all zoos across the country. Without action our fantastic zoos may face extinction themselves.”

Campaigners say zoos have had to cut back education and conservation work because they have not been able to furlough keepers during the pandemic.

Biaza warns that major projects in the UK, such as the reintroduction of Scottish wild cats and white storks, depend on the survival of zoos.

It stated that Bristol Zoo, which is known for award-winning conservation work in the Philippines, and Chester Zoo, which is at the forefront of care and breeding of endangered rhinoceros hornbills, do not stand to benefit from the Zoo Animals Fund.

Animal Welfare Minister Lord Goldsmith said he recognised it was an “extremely tough time for the sector” and the Government remained committed to “ensuring the sector can deliver the best possible care for its animals”.