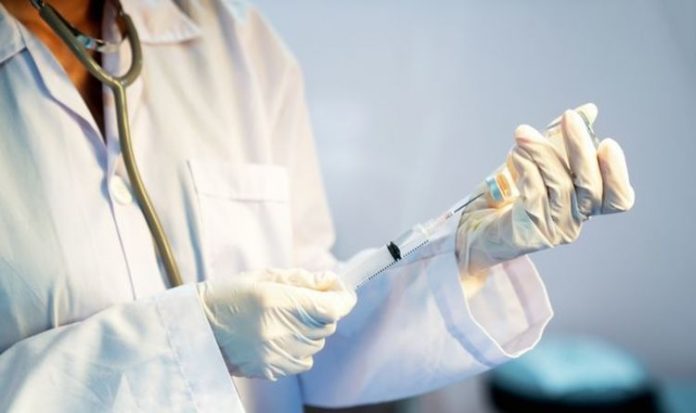 The vaccine – being developed by the university in cooperation with British-Swedish pharmaceutical firm AstraZeneca – is also cheaper and easier to store that the Pfizer-BioNTech jab. The announcement would be good news for the Government, which has already placed an order for 100 million doses, on top of the 40 million it has ordered from Pfizer.

It follows news from Pfizer and its German partner BioNTech on Monday that its own vaccine had proved to be 90 percent effective in preventing illness following key phase 3 trials.

Meanwhile, Professor Andrew Pollard, who is spearheading the Oxford-AstraZeneca effort, told his own team’s “miracle” work was being done at “record speed”.

He said: “We’re optimistic we’ll be able to demonstrate efficacy by the end of the year.

“We have been working tirelessly all year and can’t wait to see the results in the months ahead.”

In the pharmaceutical industry ‘efficacy’ refers to how well the drug performs its desired task.

According to analysts, government officials are hoping behind the scenes that the Oxford vaccine will ‘catch up’ with the Pfizer one due to cost.

There is also the issue of logistics. Due to the way in which the Pfizer vaccine works, it must be stored in liquid nitrogen or another cold container capable of temperatures as low as -80 degrees Celsius.

Sir John Bell, another head of the Oxford vaccine programme, said this means that having the jab available through local GP surgeries “sounds a bit unlikely to me”.

Still, Prime Minister Boris Johnson said in a news conference earlier this month the UK’s 40 million Pfizer vaccine doses could be “enough for about a third of the population”.

Britain’s population is estimated to be around 66.7 million, but each person will need two doses.

In the same news conference, deputy chief medical officer Professor Jonathan Van-Tam warned the public not to get “over-excited” by the Pfizer vaccine efficacy news and said he was “not yet certain” the vaccine could be ready to roll out in the UK by Christmas.

However, he added he was “hopeful” that this would be the case.

In May, the government announced it would be backing Oxford scientists, as well as researchers at Imperial College London, with £84 million of new funding.

Oxford announced in early September that its vaccine trials had been put on hold after a participant in Britain suffered an adverse reaction.

A few days later, the university said its trials would restart, and just over a month afterwards trials resumed in the US as well.