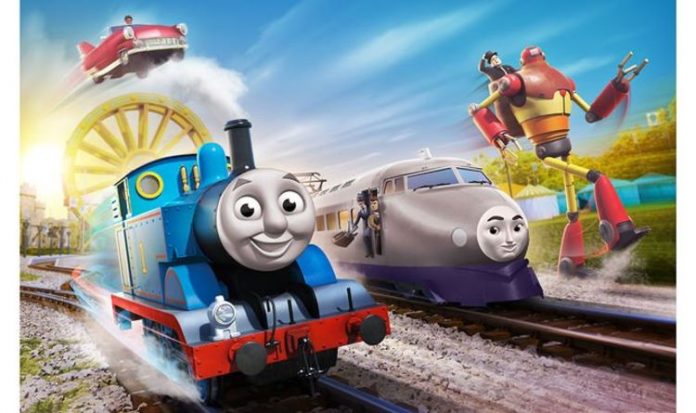 But the study of 2,000 adults found that despite considering these to be among the greatest creations on earth, one in five didn’t realise Thomas Edison invented the lightbulb. And more than half (52 percent) incorrectly thought Henry Ford conceived the idea of a motor car. A fifth were also unaware the Wright brothers were the creators of the first successful plane, while one in six couldn’t name Alexander Graham Bell as the inventor of the telephone.

The research was commissioned by Thomas & Friends ahead of two new specials, Thomas & Friends Marvellous Machinery, guest starring Joe Swash, which will air on Channel 5’s Milkshake! on Saturday October 24 and Sunday 25 at 7am.

Claudia Caron, from Mattel, said: “While many may not know who invented what, there is definitely appreciation for their efforts as the world would not look like it does today without their ingenuity.

“The results have also reflected a huge appreciation for some incredible British innovation both in the past and present day.”

It also emerged that of all inventions and wonderful discoveries in the modern world, Britons would most like to been in Sir Alexander Fleming’s shoes and discovered penicillin.

And Alexander Graham Bell was named the most iconic British inventor, beating Edward Jenner, creator of vaccination and Sir Tim Berners-Lee, the architect of the first world wide web.

Children have also devised some incredible contraptions – with the most impactful on Briton’s lives being seen as Christmas lights – created by then-15-year-old Albert Sadacca in 1917.

The research also revealed underground rail, Concorde and the Harrier jump jet were considered to be some of the best modern machinery developed.

But 66 percent of those polled admitted that older generations know more about inventors and their achievements than those younger than them.

A quarter even said they had pretended to know who has invented something in the past, to avoid looking silly.

Space scientist and inventor Dr. Maggie Aderin-Pocock, who will introduce the new Marvellous Machinery specials to children on air, added: “It’s never too late to discover and explore these life-changing inventions and the stories behind them.

“It was also great to see the steam engine among the top creations – in the brand-new episodes, Thomas and the other much-loved characters make discoveries of their own at a Technology fair that comes to Sodor.

“And while it’s always great to discover new things, it’s also nice to look back on some of the marvellous developments we so often take for granted in the modern age.”

Top 20 discoveries and inventions of all time