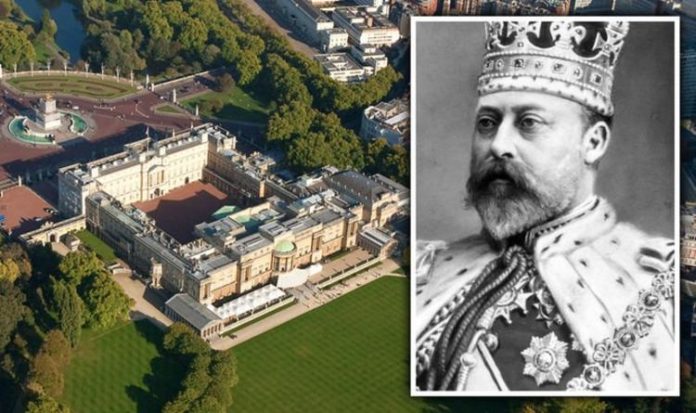 First known as Buckingham House, the palace was built in 1703 for the Duke of Buckingham. Today, Buckingham Palace is at the centre of state occasions and royal hospitality and is the main residence of Queen Elizabeth II.

The palace was acquired by King George III in 1761 for Queen Charlotte.

During her time there, the palace was known as The Queen’s House.

However, it was not before 1837 that Buckingham Palace became the London residence of the British monarch.

On the accession of Queen Victoria in the same year, the monarch chose the building as her main residence.

He also held the title of Prince of Wales and heir apparent for almost 60 years before taking the throne upon his mother’s death.

The Edwardian era was named after him, and coincided with the start of a new century.

On May 6, 1910, Edward suffered several heart attacks at Buckingham Palace, but refused to go to bed.

He reportedly said: “No, I shall not give in; I shall go on; I shall work to the end.”

Between moments of faintness, his son told him his horse, Witch of the Air, had won at Kempton Park that afternoon.

Edward VII replied what would be his final words: “Yes, I have heard of it. I am very glad.”

His wife, Alexandra, refused to allow Edward’s body to be moved for eight days afterwards.

On the morning of May 17, the coffin was placed on a gun carriage and drawn by black horses to Westminster Hall, with the new king, his family and Edward’s favourite dog, Caesar, walking behind.