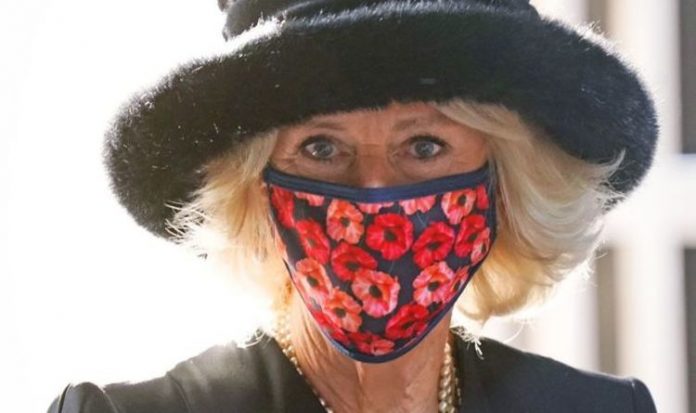 Camilla has worked hard over the past 15 years to be appreciated by the public and be acknowledged as a royal committed to the Crown. When Prince Charles becomes King, the Duchess of Cornwall will sit at his side as his consort much like Prince Philip has done with Queen Elizabeth II for 68 years.

However, one expert believes the Duchess will be careful not to be a too prominent figure as the consort of the monarch.

Royal author Clive Irving told Express.co.uk: “I think she will be very careful to stay in the background.”

The royal expert noted Camilla’s past as mistress of the Prince of Wales remains a problem to some royal fans.

The author of the upcoming book The Last Queen: Elizabeth II’s Seventy-Year Battle to Save the House of Windsor, continued: “Camilla’s problem is the whole history of the relationship and the fact that she was seen as the Diana destroyer.

“That’s the burden that she will carry.

“I think the Queen at one point very much saw her in that light.

“She was very distressed about Camilla being the one who was undermining the marriage of the Waleses.”

Other royal commentators in the past have claimed the Queen had not welcomed Prince Charles and Camilla’s relationship.

Camilla and Prince Charles during a recent visit to Berlin (Image: GETTY)

In 2016, the Daily Mail’s columnists Richard Kay and Geoffrey Levy wrote in an article describing how the Queen first came to terms with the Prince of Wales’ relationship with Camilla and later grew incredibly fond of her: “The Queen regarded Camilla as an adulteress who had led her son astray”.

In the wake of Princess Diana’s death in 1997, the monarch was also aware of the negative sentiment in the country against Camilla, according to the Queen’s former press secretary, Dickie Arbiter.

He previously told the Daily Mail: “After Diana’s death, the Queen knew how high feelings were running about Camilla.

”They knew they had to get rid of the ‘mistress’ tag. But it was all about timing.”

Camilla eventually married Prince Charles in 2005 and took on key patronages and causes she continues to follow closely.

Among them, there are literacy, support to rescue animals as well as help to victims of domestic abuse.

Much like the public, the Queen appears to have grown fond of Camilla over the past 15 years.

Lady Anne Glenconner, a maid-of-honour at the Queen’s Coronation in 1953 and former lady-in-waiting to Princess Margaret, had previously said: “The Duchess is wonderful with Prince Charles and makes him very, very happy. They’re suited.

“So many people have first marriages and somehow people don’t suit each other or difficulties come up, and quite often the second marriage works very well.

“The Queen realised that he did need somebody and the Duchess is wonderful with him and he’s so happy, and the Queen must be very happy about this.”

The fact that Camilla has been conferred two personal awards by the monarch – the Royal Family Order and the GCVO — Grand Cross of the Victorian Order — signals the Duchess has now been fully welcomed into the Royal Family.

The title Camilla will hold when her husband ascends to the throne has been the focus of a debate between experts and royal fans for the past 15 years.

Clarence House announced before Camilla and Charles’s wedding the Duchess would not adopt the title of Queen Consort but rather become Princess Consort when the Prince of Wales ascends to the throne.

The couple’s office confirmed this stance again in March, when they said: “The intention is for the Duchess to be known as Princess Consort when the prince accedes to the throne.

However, experts have noted that, by law, Camilla will be Queen Consort following the Queen’s abdication or death.

Lord Norton of Louth, a peer in the House of Lords and professor at the University of Hull said: “Upon the death of the Queen, Charles automatically becomes King – that is it.

“His wife will become Queen Consort, formally established by precedent.”

Camilla could choose to “be known by another title” so as not to upset the public, but in reality she would be Queen, whether Britons like it or not.