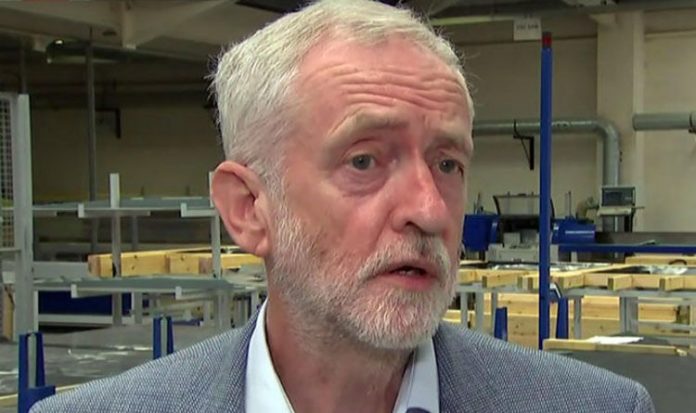 Mr Corbyn was already under pressure over why he did not declare a visit to a conference in Tunisia in 2014 in the Register of MPs’ Interests.

The party insists that the Tunisian government-funded trip – during which he made his now-infamous visit to a cemetery where some Palestinian terrorists are commemorated – did not need to be declared because it cost under the £660 threshold in place at the time.

Now analysis of Mr Corbyn’s own weekly column in the Morning Star newspaper suggests he made at least nine overseas visits between 2007 and 2014 – before he became leader – which were also not declared in the register.

MPs are supposed to disclose travel or hospitality received for a visit abroad if it relates to their being an MP or their other political activities.

They are also required to be “open and frank” when speaking in the Commons and communicating with ministers, officials and voters about “any relevant interest” in the subject under discussion.

His trips took him to the West Bank, Israel, Lebanon, Tunisia, Germany, Greece, Morocco, Austria and Mexico – where his wife is from – and included attending a nuclear non-proliferation conference in Vienna, an anti-Nato protest meeting in Germany and a leftwing rally in Greece.

Conservative MP Mark Francois has asked Kathryn Hudson, the House of Commons Commissioner for Standards, to investigate whether there had been a “serious breach” of Parliament’s rules.

A spokesman for the Labour leader said: “Jeremy has visited around half the countries in the world to promote peace and justice.

“We are confident that all declarations that met the threshold were made.”

In a further development it emerged that two Labour MPs are seeking a chance to debate whether Mr Corbyn has brought the party into disrepute.

It follows a summer where headlines about Labour have been dominated by the continuing row over his attitude to anti-Semitism.

More recently there has been fury over his encounters with alleged terror supporters and his visit to the Palestinian cemetery in 2014, where he insists he laid a wreath to people killed by an illegal Israeli airstrike on Palestinian Liberation Organisation HQ in Tunis and that he did not honour those linked to the 1972 Munich Olympic massacre of Israeli terrorists.

Ms Smith said: “It’s been a car crash summer for the party and nobody in the Shadow Cabinet seems to be prepared to challenge the leadership on it, which is why we are demanding an urgent meeting of the Parliamentary Labour Party to discuss our concerns that Jeremy’s behaviour is bringing the party into disrepute.”