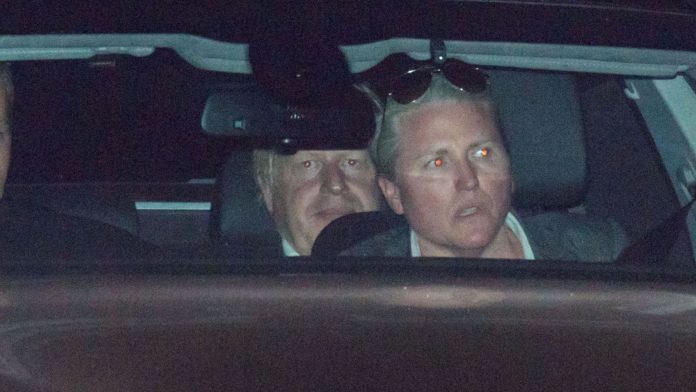 But there can be no denying the hard approach with her cabinet to softening her own Brexit plan and red lines, in pursuit of a deal that can pass parliament. This is the logic of the commons maths asserting themselves through Number 10.

In the end there was nowhere to go for the cabinet Brexiteers.

By that I mean, there was literally nowhere to go, because Number 10 had taken their phones and immediate use of their ministerial cars should they resign.

In the middle of the Buckinghamshire countryside, such things can help focus minds.

The PM and her team have pulled off an impressive feat.

The cabinet is now united behind a position that can win the acceptance of Parliament and the business community.

As her Chief Whip Julian Smith commented (he seemed to be quickly reunited with his phone): “Cabinet unity for the next stage of Brexit.”

More than that, as was made clear in an email to MPs afterwards, for the first time since February 2016, cabinet collective responsibility on Brexit was firmly reasserted.

No more special licence for ministers to speak their mind on this issue. Any minister freelancing with long personal manifestos or private recorded statements will be fired.

Other delighted cabinet ministers included Business Secretary Greg Clark, defender of Airbus and Jaguar Land Rover, who said it was a “very positive conclusion” which meant “zero friction” for trade between UK and EU countries and Justice Secretary David Gauke, who praised the “positive support from cabinet for Theresa May and her Brexit plan”.

Not much from the Brexiteers just yet.

The statement of agreement was emailed to the press as dinner began, without cabinet ministers having contact with their advisers, giving two hours for newspapers to conjure “PM wrestles Brexit triumph” style headlines, on a day when most of the country will want to return to the World Cup, rather than squabbling political parties.

The European Union will not accept this plan, and that much has been made clear.

But that was easy for them while there was no plan and no unified position even to have to consider.

Now there is something for them to bite into. A conversation to be started. Their initial response to actually having a negotiation partner was warmish.

But they were careful not to sound too dismissive about the wider attempt to enjoy existing economic terms with the single market where the UK feels it is in its interest, without the payments or adherence to freedom of movement.

The most significant piece of the agreement is that the government has changed its position on what it wants from ongoing trade with the European Union.

No longer is it “as frictionless as possible”, which was always fairly meaningless but actually “frictionless”.

The PM has been persuaded by the arguments of business, the car industry and Airbus in particular, that any border checks would fundamentally imperil the business strategies that have led them to thrive in the UK and in particular their supply chains.

The answer is a “free trade area for goods” with a common rule book which is in essence participation in a goods customs union and single market, with some eventual flexibility to conduct independent trade externally, when tariff tracking technology is developed.

:: Behind the scenes of crunch Brexit talks

It is not membership of these structures however.

The UK becomes rule-taker of the EU interpretation of these rules for globalised industries.

The theory, however, is that the UK will have had strong influence in the setting of the global standards in the first place, so not a total rule-taker.

It is a position that envisages the development in coming decades of global standards in advanced manufacturing and trade.

The inclusion of agriculture in this system is to keep borders open both in Northern Ireland and at Dover, Holyhead and the Channel Tunnel.

It means no environmental checks on produce. But it is a trade off.

So whereas Number 10 stresses that with an “independent trade policy” we can now sign deals with the US and New Zealand and Australia, our adherence to standards in goods and farm produce will limit the attractiveness as a partner and the scope of any deal. But deals can be done.

The ability to levy different tariffs will be dependent on the facilitated customs arrangement technology being developed, agreed with the EU and applied.

As I have written before this will take years, and perhaps several years.

In the interim we will de facto stay in both the customs union and the single market. The document talks of a flexible phased introduction.

This is almost exactly the same as the new customs partnership that was decried as “crazy” by the foreign secretary – yet he has signed up to it.

The gravitational pull on any future government not to change tariffs will be strong, but the UK parliament will have the power to change them.

Britain will have taken back some control, but in other senses (directly influencing the EU rules) have lost it.

Brexiteer backbenchers were restrained immediately, but anger is brewing. “As bad as I feared,” said one.

A despondent Brexiteer MP said he was “deeply disappointed, this is associate membership of the EU, we haven’t worked so hard all these years for this”.

One very pro-Brexit junior minister told me: “If this was the final deal, then I could probably live with it as a necessary compromise. But EU will never accept it (cherry picking, four freedoms indivisible etc), so what happens next?”

#Chequers discussion on future to be welcomed. I look forward to White Paper. We will assess proposals to see if they are workable & realistic in view of #EUCO guidelines. Next negotiations w/ #UK on WP, & Withdrawal Agreement, w/c 16 July #Brexit

Indeed why you would choose to lay out such tough red lines if you thought things might end up here is a bit of a mystery.

How Brexiteer cabinet ministers have signed up to this having argued so publicly for “a clean Brexit” is another.

“I can’t see how they can accept this and not look a laughing stock,” one former senior minister said.

It is early days yet. One ministerial aide suggested the analogy of a budget that unravels after a time delay of two days, would be the correct analogy.

The most evident possible method for that is the section on a “labour mobility partnership” which suggests maintaining mutual freedom to move and then apply for study and jobs [presumably not benefits] between UK and EU.

This will help lubricate any single market deal. It will also inflame internal political opposition.

There is also a section on “no deal” preparations, meant as a stick for the EU and a carrot for Brexiteers.

If the PM cannot stomach a Canada-style trade deal because of the negative impact on advanced manufacturers, it seems that “no deal” is inconceivable.

So we are left in an extraordinary position.

The hard Brexiteers need the EU to reject this out of hand now.

The EU will have noted the shift in Government position, the actual adoption of one, and see a landing point at least for many years that is close to the European Economic Area (EEA) plus customs union solution they anticipate and prefer.

We are probably three quarters of the way there already.

Do they split the difference and pay lip service to a magical Europe-wide tariff refund IT system in a few years? Or do they undo the PM’s impressive manoeuvres with outright rejection?

The devil will be in the detail, to be released in the white paper.

But that in itself is a win for the PM. She has ended the split in her cabinet, asserted her authority, and for now turned Brexit into a technocratic exercise on the detail of trade policy.

It seemed highly unlikely a month ago, and it may not last the week, but a win is a win. 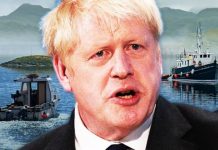 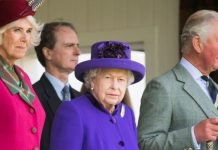 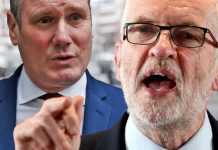