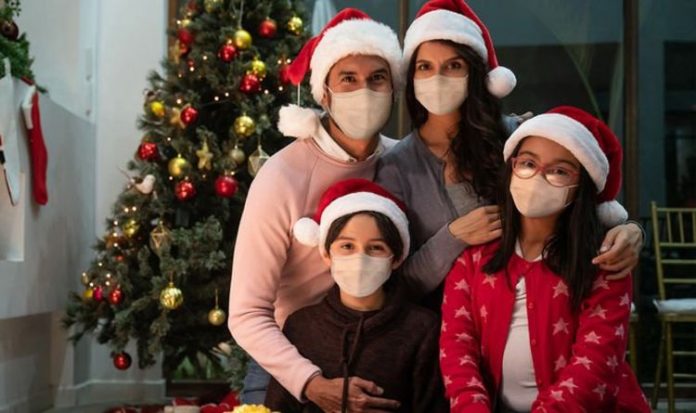 Boris Johnson will set out plans for a strengthened three-tier system of coronavirus restrictions to replace the national lockdown in England this evening. His announcement is expected to pave the way for a limited relaxation of lockdown rules at Christmas. It is understood Downing Street hopes an easing at Christmas, potential vaccines on the horizon and new scientific evidence will lessen the scale of a rebellion, with the Government’s Scientific Advisory Group for Emergencies (Sage) expected to publish papers on Monday saying the previous tiers were not strong enough. But one Briton has expressed her fury at the plans.

Speaking to LBC, Clare said: “I don’t agree with it. I think we should stay as we are going to have another year of hell.

“I think we will be in the same situation by Christmas.”

She added: “We will all mingle and it will spread again.

“I just think it’s all stupid.

READ MORE: First in the queue! Britons could get Pfizer Covid jab BEFORE the US

“I would love to see my mum and dad.”

Her comments come as a free-for-all approach to Christmas could result in Ireland being plunged into another period of lockdown in January, a government minister has warned.

Ireland is due to leave Level 5 restrictions on December 1, with the Government set to announce plans to move forward within the next number of days.

Pippa Hackett, Minister of State in the Department for Agriculture, ruled out a complete reopening of society for Christmas.

“Ultimately we will have to act on the advice from public health and that’s the most important piece.”

Public health chiefs have warned the progress in bringing down levels of the virus made during lockdown has stalled and say the next two weeks will be critical.

Intense discussions are expected between Government and Nphet in the coming days around future restrictions.

One further Covid-19 linked death and 318 confirmed cases of the virus were reported in Ireland on Sunday.