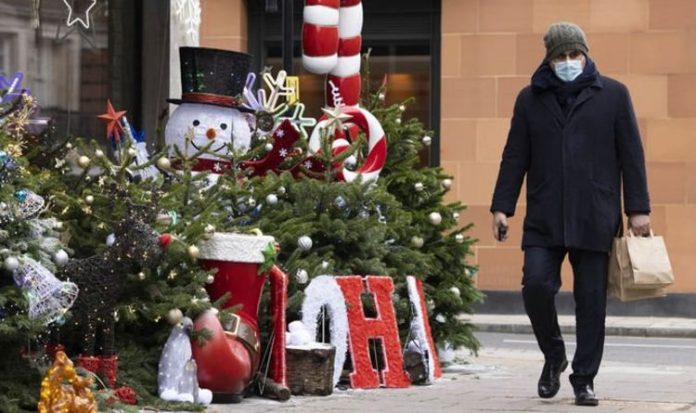 Regional cities and shopping centres enjoyed a second rise week on week since England came out of lockdown, with separate restrictions to stop the spread of Covid-19 in force in Wales, Scotland and Northern Ireland. Cities across the UK, excluding London, saw a 14.7 per cent rise in the number of shoppers by midday yesterday compared with the same period seven days earlier. Footfall figures from retail analysts Springboard showed shopping centres across the UK enjoyed a 1.5 per cent rise compared with the previous Saturday morning, with smaller centres of up to 100,000 square feet of floor space seeing 17.6 per cent more shoppers.

But centres of more than 500,000 sq ft saw a 4.3 per cent decrease in footfall, suggesting consumers chose to shop local rather than head to larger destinations such as central London or Manchester.

Overall footfall at all retail across the UK was down 2.1 per cent on the same period a week earlier, with high streets down by 1.2 per cent week on week.

But this was hailed as encouraging by retail experts after the 86.4 per cent rise the previous Saturday morning. After the first lockdown ended in June there was a big increase in shoppers for the first weekend followed by a massive slump the next.

“We hope this will continue in the run-up to Christmas.”

Diane Wehrle of Springboard said the overall slight drop “is not unexpected as this tends to be the week when footfall levels off, before another rise in the week before Christmas”.

Meanwhile tourism is showing signs of recovery, with overseas visitors expected to increase slowly next year. Visit Britain’s annual forecast suggests there could be 16.9 million inbound visits in 2021 – an increase of 73 per cent on this year but less than half of the 40.9 million visits the UK saw in 2019.

And research from the RAC has found people are planning to make about 13 million trips by car to see family and friends during the Covid “travel window” from December 23 to 27.

But one in five of those polled said they won’t travel this Christmas because of the virus.