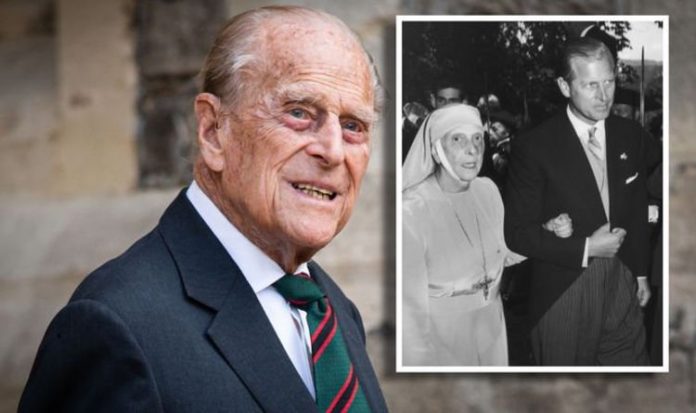 Princess Alice of Battenburg is perhaps best known as the mother of Prince Philip, Duke of Edinburgh. She lived a complex and challenging life, depicted in the Channel 5 documentary Princess Alice: The Royals’ Greatest Secret. The documentary told the story of Princess Alice, and how she was born deaf, went on to serve on the frontline as a nurse, and learned to lip read in four languages.

Princess Alice’s great-grandmother was Queen Victoria, and she was a Hessian princess by birth, belonging to the Battenberg family.

This actually makes the Queen, 94, and Prince Philip cousins – as through her father’s line, the Queen is a great-great-granddaughter of Queen Victoria.

Princess Alice married Prince Andrew of Greece and Denmark in 1903 and lived in Greece until the exile of most of the Greek Royal Family in 1917.

She lived out her final years in Buckingham Palace and had attended her son’s wedding to then Princess Elizabeth in 1947.

Did Prince Philip have any siblings?

Prince Philip, 99, had to sacrifice the life he had known when he married then Princess Elizabeth, having to rescind his Greek and Danish titles.

He also lost the chance to give his children the surname Mountbatten, his adopted last name after leaving his titles behind.

However, the Queen has described Prince Philip as her “strength and stay” and the pair have been there for one another throughout their 73-year marriage.

Philip had a difficult childhood, and as Netflix drama The Crown depicted, he lost part of his family in a tragic plane crash.

His mother battled with schizophrenia and was hospitalised, before devoting her life to charity work.

She had been married to a German prince, Gottfried, Prince of Hohenlohe-Langenburg. They had six children, but sadly their first was stillborn.

She was 63-years-old and was survived by her three children.

Arguably Prince Philip’s closest sister was Princess Sophie, who was made godmother to the Queen and Philip’s youngest son Prince Edward.

Sophie was often seen at royal events, like the annual Windsor Horse Show alongside her younger brother.

She had eight children, seven of whom survived her.