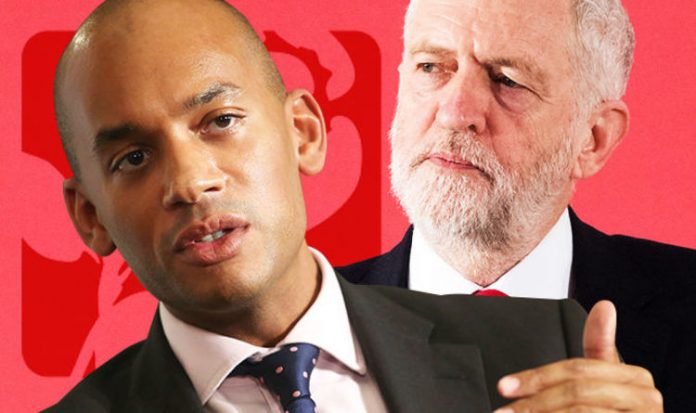 Joan Ryan, a former minister and chairwoman of Labour friends of Israel, lost by just two votes in the poll in Enfield North. She blamed “Trots, Stalinists, communists and assorted hard-Left” for the push to oust her.

Both MPs vowed to carry on as the votes held late on Thursday evening were symbolic and do not formally trigger deselection proceedings.

Senior Labour MP Chuka Umunna is today expected to urge Mr Corbyn to “call off the dogs” and end the purges.

In a speech to the Labour moderate group Progress, the backbencher will say:

“More motions such as this are expected by colleagues,” he will say.

“My message to our leadership: it is within your power to stop this so call off the dogs and get on with what my constituency, one of the most diverse communities in the nation, demands we do – without equivocation, fight this Tory Brexit. That is where all our efforts should be.”

Labour moderates were also outraged that Press TV, an Iranian state television channel banned in the UK, broadcast live footage from the Labour meeting in Enfield.

“Labour members should reflect on that for a moment and ask if you are comfortable with what we are becoming in the eyes of the World.”

Mr Corbyn dismissed concerns about the no confidence votes yesterday.

Speaking while visiting Leicester, he said: “Every party has a right to question what its MP does.

“Every party has a right to challenge them on what they do and how they represent the area and that’s exactly what happens in those areas as I understand it.”

After the Enfield vote, Mrs Ryan said on Twitter: “So lost 92 to 94 votes hardly decisive victory and it never occurred to me that Trots Stalinists Communists and assorted hard left would gave (sic) confidence in me. I have none in them.

“I will be out tomorrow morning working hard for the people of Enfield.

“Just to be clear I will not be resigning. I am Labour through and through and I will continue to stand up and fight for Labour values.”

Mr Shuker sent a message to his constituents, saying: “It’s not part of any formal procedure, so it changes nothing about my role as Labour MP for Luton South.

“I’m really sorry a handful of people in the Labour Party want to overturn your vote of confidence in me last year. Their actions say far less about me – and you – than they do about the face of today’s Labour Party.

“I’ve not changed, but the Labour Party has.”

Former Frank Field resigned the party whip last week after losing a vote of no confidence in his constituency.

Tony Blair yesterday admitted doubting the Labour Party can ever be “taken back” by moderates.

The former Labour prime minister said: “I’ve been a member of the Labour Party for over 40 years.

“You do feel a strong loyalty and attachment, but at the same time it’s a different party. The question is, can it be taken back?

“This is a different type of Labour Party. Can it be taken back? I don’t know.”