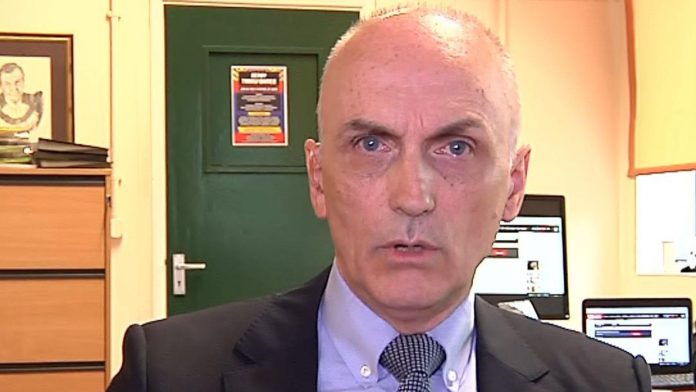 A Labour MP has accused Dame Margaret Hodge of making “absurd” and “hyperbolic” criticisms of the party over its handling of anti-Semitism.

He added many Jewish people had got in touch to say her comments were “abhorrent”, a “disgrace” and “had no place in the political discourse”.

On Thursday, Dame Margaret told Sky News about being disciplined for confronting Mr Corbyn and calling him an “anti-Semite”.

Finding out she could face suspension made her think “what did it feel like to be a Jew in Germany in the 30s, because it felt almost as if they were coming for me”.

A Labour spokesperson said the “comparison… is so extreme and disconnected from reality, it diminishes the seriousness of the issue of anti-Semitism”.

Mr Williamson voiced his agreement, telling Sky News on Friday: “I think she’s indulging in a degree of hyperbole there to say the least.

“The reaction that I’ve seen from the wider general public is that they are bemused – some are pretty angry actually that she sought to make such a comparisons.

“It really does trivialise the terrible horrors of the Holocaust and to somehow to try to create some equivalence well that horror with receiving a letter from the general secretary of the Labour party is pretty abhorrent.”

Asked about Labour MP Mike Gapes’ threat to quit Labour if the full International Holocaust Remembrance Alliance definitions are not included in the party’s code of conduct, Mr Williamson said: “I don’t frankly understand the rationale for that.”

He added of anti-Semitism that it was “very, very rare that it does rear its head”.

And on Dame Margaret’s claim that Mr Corbyn was on the “wrong side” of a “fine line” between being pro-Palestinian and anti-Semitic, Mr Williamson said that was “talking through their hat”.

He accused the Israeli government of presiding over an “apartheid regime” and “trashing the rights of the Palestinian people”.