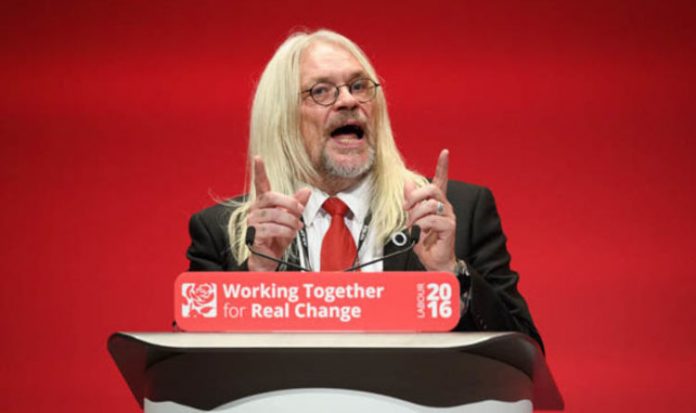 The long-haired president of train drivers’ union Aslef told Labour’s conference in Liverpool that he stopped the practice when the former Prime Minister died in 2013 – but still wakes early.

Activists in hall booed when Baroness Thatcher was mentioned.

Mr McDonald said he had started work on the railways a month after she was first elected in 1979.

“I hated her. I wish I could be like Jeremy and rise above it but I can’t.

“I did set my alarm clock an hour earlier than I needed just so I could hate her for an hour longer.

“Since she died I don’t do that anymore, I just set my alarm at the right time, but I still wake up an hour earlier – I can’t help it.”

The heavily tattooed Harley Davison biker, who has dubbed his longterm friend Mr Corbyn “The Messiah, JC”, has told his alarm clock anecdote before but the repeat did not dampen delegates’ response to his passionate conference rant.