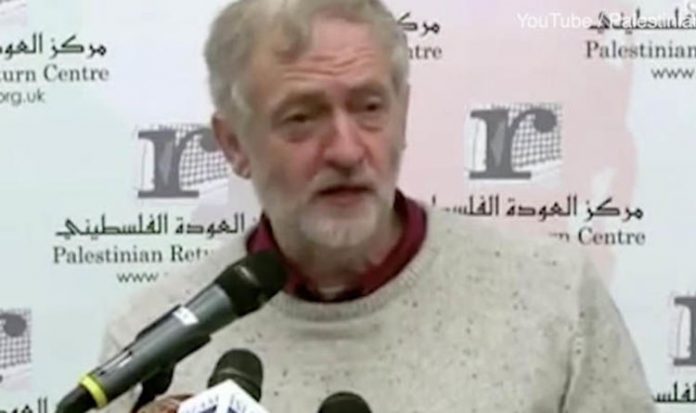 He reportedly made the comments at a conference in London in 2013 which also featured British Islamic extremists and was publicised on the propaganda website of the military wing of Palestinian organisation Hamas.

The then backbench Labour MP said British “Zionists”, a term for people who back the creation and protection of a Jewish state of Israel, “have two problems”.

Mr Corbyn said: “One is they don’t want to study history and, secondly, having lived in this country for a very long time, probably all their lives, they don’t understand English irony either.

“They need two lessons, which we could perhaps help them with.”

Gideon Falter, chairman of the Campaign Against Antisemitism, said: “Jeremy Corbyn’s xenophobic portrayal of ‘Zionists’ as foreign to Britain and recognisable by their ignorance and humourlessness is utterly shameful, even by his low standards. It is plain that he is an anti-Semite, under whose leadership the once antiracist Labour Party has become institutionally anti-Semitic.”

It is the latest in a string of anti-Semitism allegations directed at Mr Corbyn and his supporters since 2016.

Earlier, before the latest report emerged, Mr Corbyn insisted there was “no place” for antiSemitism in society and repeated that his party’s code of conduct was comprehensive.

He also denied his call in a speech at Edinburgh TV Festival this week for radical reform of the “failing” news media was “retaliation” for newspapers exposing anti-Semitism in Labour ranks.