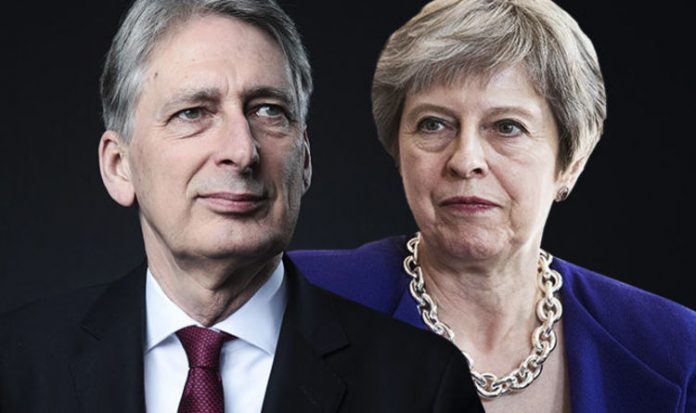 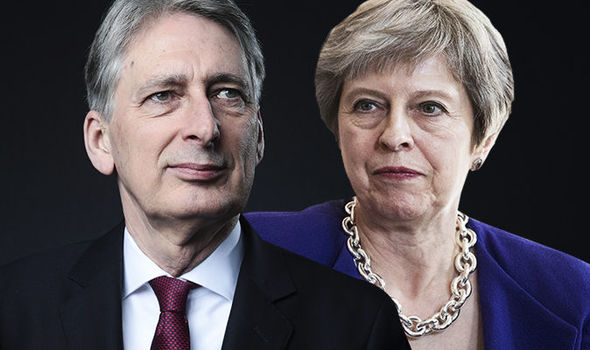 Philip Hammond has reignited tensions with his stark warnings about a no-deal Brexit (Image: GETTY)

In an incendiary letter, the Chancellor raised the prospect of “large fiscal consequences” if the Government fails to secure a trade deal with the EU.

He also cited Treasury forecasts predicting that the UK leaving the bloc without a deal could wipe up to 10% of the country’s GDP over the next 15 years.

Government borrowing would soar by an extra £80billion by 2033-34 under a no Brexit deal scenario, the analysis said.


Here we go again with dodgy figures being reheated by the Treasury on the very day the Government publishes its plan for trading on global deal terms.

Their anger was intensified by Mr Hammond’s decision to release the forecast on the same day that the Government released 25 technical notices detailing preparations for coping with a no-deal Brexit.

Whitehall insiders were concerned the blast from the Treasury overshadowed a speech by EU Exit Secretary Dominic Raab insisting the Government was aiming to ensure the “smooth, continued, functioning of business” in the event of a collapse in talks with Brussels.

Downing Street officials were caught unawares by the Chancellor’s intervention.

In a terse slap down, one Number 10 source said: “We have been clear that this analysis was preliminary and very much a work in progress.

“As we have always said, Britain will ultimately succeed, no matter what our particular relationship is with the EU.

“But by far the best outcome is to leave with a good deal – and that remains the most likely outcome too.”

Mr Hammond’s remarks came in a letter to senior Tory backbencher Nicky Morgan, chairman of the Commons Treasury Committee and a leading Remain campaigner in the run up to the EU referendum. 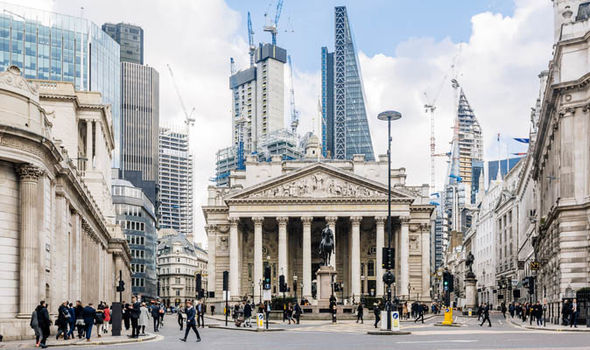 The Chancellor made predictions of “large fiscal consequences” (Image: GETTY)

Replying to a letter sent by Ms Morgan a month ago enquiring about no-deal planning, the Chancellor cited figures from a Cross-Whitehall Briefing released last January.

He said the provisional analysis was “informative in describing in broad terms the potential economic and fiscal consequences” of a no-deal Brexit where trade between the UK and the EU would be based on World Trade Organisation rules.

The Chancellor wrote: “This January provisional analysis estimated that in a no-deal/WTO scenario, GDP would be 7.7% lower (range 5.0%-10.3%) relative to a status quo baseline. This represents the potential expected static state around 15 years out from the exit point.

“The analysis did not estimate the path the economy and different sectors might take under no deal and the potential for short-term disruption.”

Mr Hammond added: “Under a no-deal/WTO scenario, chemicals, food and drink, clothing, manufacturing, cars, and retail were estimated to be the sectors most affected negatively in the long-run, with the largest negative impacts felt in the North East and Northern Ireland.

“GDP impacts of this magnitude, were they to arise, would have large fiscal consequences. The January analysis estimated that borrowing would be around £80 billion a year higher under a no-deal/WTO scenario by 2033-34, in the absence of mitigating adjustments to spending and/or taxation, relative to a status quo baseline. 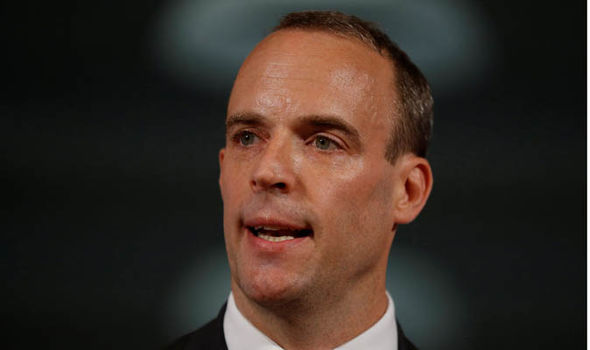 Dominic Raab made a speech about the government’s plans in the case of a no-deal Brexit today (Image: GETTY)

“This is because any direct financial savings are outweighed by the indirect fiscal consequences of a smaller economy.

“The initial, January cross-Whitehall analysis is now undergoing a process of refinement in the run-up to a parliamentary vote on the deal.

“However, we expect the analysis to show that for scenarios in which we have higher barriers to trade with the EU there will be a more damaging effect on the economy and public finances.”

On the Government’s preferred approach, Mr Hammond went on: “It is expected that the economic and fiscal impacts of the white paper model will be substantially better than no deal, protecting jobs and livelihoods and supporting both the UK and EU’s commitments to no hard border between Northern Ireland and Ireland.”

Mrs Morgan seized on the Chancellor’s remarks as confirmation of an allegedly “disastrous” impact on the economy.

She said: “The Chancellor has confirmed that the Government forecasts a disastrous hit to our economy and living standards in the event of a ‘no deal’ Brexit.

“The Committee will expect an updated analysis to be published in good time to inform Parliament’s key decisions on the final deal.

“The Chancellor has not committed to producing an analysis of the short-term economic fallout of a ‘no deal’ Brexit. 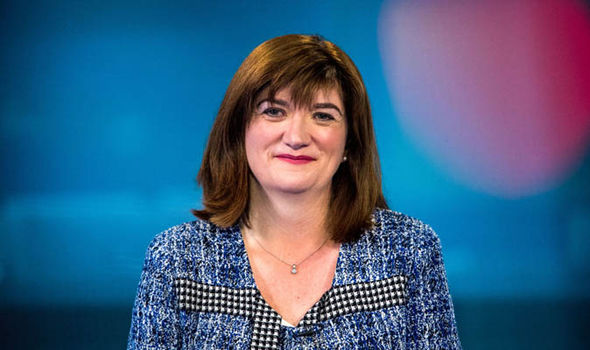 “The Committee will continue to press the Treasury for a robust and high-quality short- and long-term analyses of the economic consequences of Brexit so that Parliament can take properly informed decisions in the coming months.

“The Committee also continues to engage with the Bank of England and the Office for Budget Responsibilty on their analyses of the short-term impact of Brexit.”

But Tory MP Charlie Elphicke, a member of the Treasury Select Committee, said: “Here we go again with dodgy figures being reheated by the Treasury on the very day the Government publishes its plan for trading on global deal terms.

“In the referendum the Treasury said everyone would lose their jobs and the country would plunge into a deep recession if we voted out. Instead Britain is growing faster than the EU and we have record employment.

“It’s time the Treasury started to believe in Britain and focus on the opportunities for global trade. That’s why we need to Chuck Chequers and seek an advanced trade deals – first with the EU and then the World over.”

And senior Tory backbencher and leading Leave campaigner Andrew Bridgen said: “The Chancellor is talking down the prospects of post Brexit Britain once again. 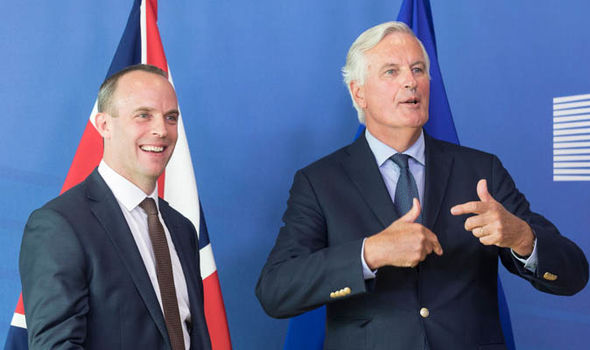 “As for the Treasury’s forecast, they can’t predict 12 months ahead with any accuracy so I don’t see how they can be relied upon to predict the economy in 15 years’ time.”

Tory MP Simon Clarke, another member of the Treasury committee, said: “Before the referendum the Treasury said the economy would nosedive with GDP 3.6-6% down. They said 500,000-800,000 jobs would be lost.

“They were completely wrong. Instead we have record jobs with 32.4 million in work while unemployment is at a 42-year low.

“It’s unbelievable that the Treasury continue to talk down our country and our economy by conning the public with their discredited Project Fear yet again.”