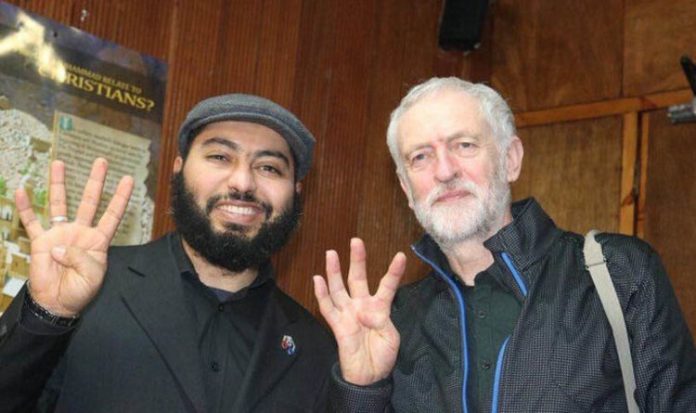 Mr Hudson, 72 who was 26 at the time of the horrific slaughter, said: “If he wishes to support the Palestine movement, then so be it.

“At the same time, he’s clearly condoning what was the outrageous massacre of innocent athletes.

“I find it worrying he has spent his time supporting various terrorists movements.

“I don’t think you have potential to be prime minister if you have supported terrorists movements.”

The Black September group murdered 11 Israeli athletes, including fencing coach Andre Spitzer, after they sneaked into the Olympic village with assault rifles, pistols and grenades.

Andre Spitzer’s widow Annie has accused Mr Corbyn of hypocrisy after pictures emerged of him at the wreath-laying ceremony during a trip to Tunisia.

Mr Hudson, from Eye, Suffolk, said Mr Corbyn “has to think of the entirely innocent athletes going to compete.”

He added: “One of them, a wrestler, was gunned down in his village accommodation and then he was mutilated.

I think after his death he was just left lying in front of his fellow athletes in the room bound to the beds.

“And of course the tragedy of when they tried to take them away by helicopter, the Palestinians lobbing two grenades on to the helicopter, incinerating the others.”

Mr Hudson said he wanted the Labour leader “to spare a thought for them being put trough that ordeal, and the wives, parents, girlfriends, brothers and sisters”.

Mr Corbyn had previously said he “was present at that wreath-laying, I don’t think I was actually involved in it.”

But Mr Hudson said: “He seems veery lop-sided in his sympathy. I would rather he was absolutely straight snd honest.

“If he wishes to support the Palestinian movement or whatever then do so, but he seems to be hiding every movement he’s made behind a smoke screen and shifting the story as it’s revealed.”

Describing the British fencing team’s response to the tragedy, Mr Hudson added: “It completely knocked the stuffing out of the enjoyment of being there. It cast an awful cloud over the whole business.

“When it occurred we just felt, ‘Well okay, we will get on with it.’

“We did debate whether we should go home but we thought it would be the wrong thing to do.”