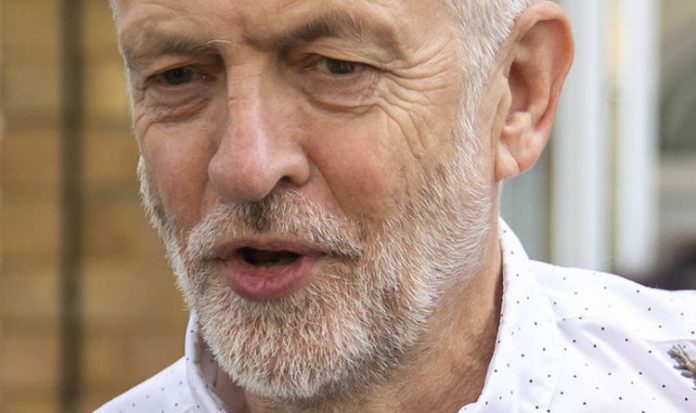 It was “extraordinary” that the Labour leader had held a “protest event” called Auschwitz to Gaza on the day the world remembered and mourned the Holocaust, said Mr Mann.

“In essence, the Labour party is being seen by most in the Jewish community to have declared war on it,” he said.

Labour MP Stephen Kinnock also tweeted: “This is now a full-blown crisis for our party.”

The main talk at the 2010 event, entitled The Misuse of the Holocaust for Political Purposes, was delivered by a Jewish Auschwitz survivor, who repeatedly compared the Nazi regime to Israeli policy in Gaza.

In a statement about the meeting, Mr Corbyn claimed: “In the past, in pursuit of justice for the Palestinian people and peace in Israel/Palestine, I have on occasion appeared on platforms with people whose views I completely reject.

Mr Corbyn is also under pressure from the Campaign Against Anti-semitism and his own party over an interview in 2012 with Iran-backed Press TV in which he appeared to voice support for more than 1,000 convicted Palestinian terrorists.

MP Joan Ryan, chair of Labour Friends of Israel, said: “It is beyond abhorrent that the leader of the Labour Party would ever welcome the release of such depraved terrorists.