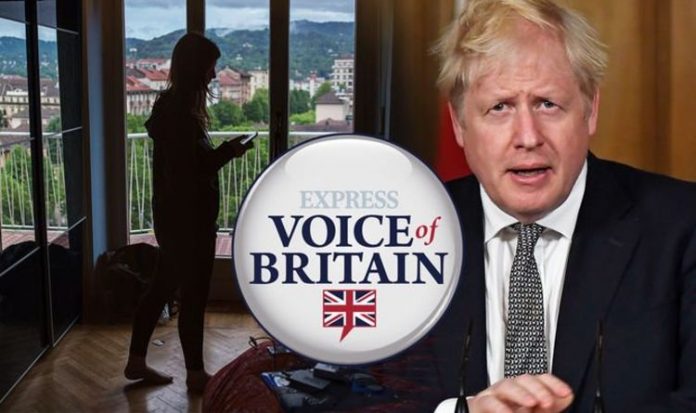 The current four-week national lockdown is set to end on December 2 as the government desperately tries to curb a rapidly growing second wave of COVID-19 infections. Prior to the beginning of the introduction of these tough new restrictions last Thursday, the Government had been pursuing a three-tier system across England – a move that sparked fury in Westminster and throughout the country. Ministers are now drawing up plans to introduce a new four-tier system that would see England split into four regions: North-East, North-West, South-West and South-East, reports suggest.

This would mean different cities would not be placed separately into lockdown from others, providing ministers with the ability to adopt a more wide-ranging approach to each individual area.

** GET THE EXPRESS DELIVERED FREE FOR SIX WEEKS **

If the coronavirus infection rate continues to remain dangerously high at the end of the lockdown, the Government could move to this new Tier 4 level of restrictions, reports claim.

Following reports, an Express.co.uk poll which ran from 9am until 10pm on Wednesday November 11, asked: “Should the national lockdown end early and be replaced with new four-tier system?”

Nearly two-thirds (63 percent or 1,450 readers) want the national lockdown to end early and be replaced with the proposed new four-tier system.

More than a third (35 percent or 850 readers) disagreed, while the remaining two percent (60 readers) were undecided.

But despite voting in favour of an early end to lockdown and opting for a new four-tier system, many Express.co.uk readers lashed out against any plans for further restrictions.

One said: “End the lockdown and stuff the tiers. Let life go on as normal.”

A second reader commented: “In three months, it will be the first anniversary of my lockdown.

READ MORE: Coronavirus warning as fears mink mutation may be resistant to vaccine

“It’s a total farce! No one is taking a bit of notice of the lockdown!”

It comes amid growing speculation the Government could introduce a new four-tier system when the current national lockdown ends on December 2.

As Christmas approaches, ministers are hoping to introduce a more simplistic approach to how they deal with the coronavirus pandemic.

One source told The Daily Telegraph: “We will return to a regionalised approach after the lockdown, and the Government has not said explicitly at this point that the tiers will be exactly the same.

“The Government will set out what the tiered system looks like a week before lockdown ends on December 2.”

Last week, the UK’s Chief Medical Officer Chris Whitty and Chief Scientific Adviser Sir Patrick Vallance were both forced to defend the projections they had forecast ahead of the current lockdown.

During a Select Committee hearing, the two Government advisors conceded the 4,000 daily coronavirus deaths prediction was a worst-case scenario.

Professor Whitty admitted, in fact, that 1,000 deaths a day from COVID-19 was a more realistic figure, while the pair also defended the recently introduced three-tier system.