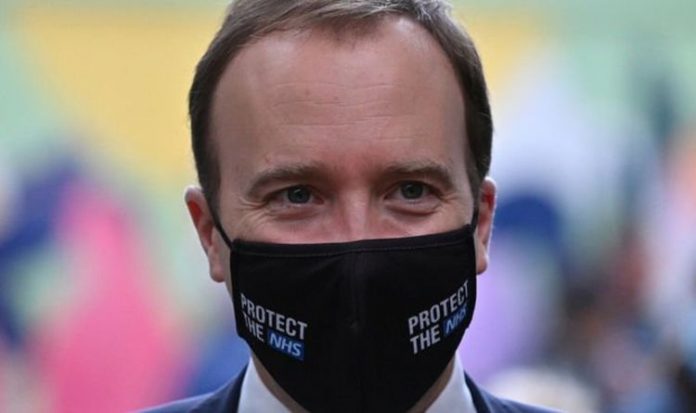 Local officials in West Yorkshire have held emergency talks with senior ministers and Deputy Chief Medical Officer Professor Jonathan Van-Tam over the rise of infections and hospital admissions in the region. Around 1.8 million people in Leeds, Kirklees, Calderdale, Bradford and Wakefield are currently living under Tier 2 restrictions – with curbs placed on households mixing.

It is feared the whole region could be plunged into Tier 3, which would see a ban on social mixing expanded to private gardens and the closure of pubs, if they cannot operate as a restaurant.

Around eight million people are currently living under Tier 3 restrictions, including neighbouring South Yorkshire, which was moved into the highest alert level on Saturday.

In a joint statement on Monday, West Yorkshire Combined Authority said: “We were invited to a meeting with senior government ministers and the Deputy Chief Medical Officer to discuss the next steps in combating Covid-19 in West Yorkshire.

”The latest data on infections and hospital admissions shows a continued rise, and we have repeated our calls to Government that further local action needs to be taken, including strengthening community engagement and test and trace.

“There will be further discussions with government in the coming days.

“We are absolutely committed to implementing the most effective measures to protect the people and economy of West Yorkshire.”

Figures released by the Department for Health reveals coronavirus cases are rising in all five areas of West Yorkshire.

The latest data shows there was 9,000 new infections in the week ending October 21.

The figures indicate Bradford is the most affected region with 2,537 positive tests in the same period.

When the Government placed South Yorkshire under the toughest coronavirus restrictions at midnight last Saturday, the highest infection rate was recorded in Barnsley – with 423.3 cases per 100,000 people.

They will join the Liverpool City Region, Lancashire, Greater Manchester and South Yorkshire.

Under Tier 3 restrictions social mixing is banned both indoors and in private gardens, while pubs and bars must close unless they can operate as a restaurant and serve substantial meals.

Local leaders also have the power to close other venues such as gyms and casinos.

People living in Tier 3 are also urged to avoid travel where possible in and out of the area.