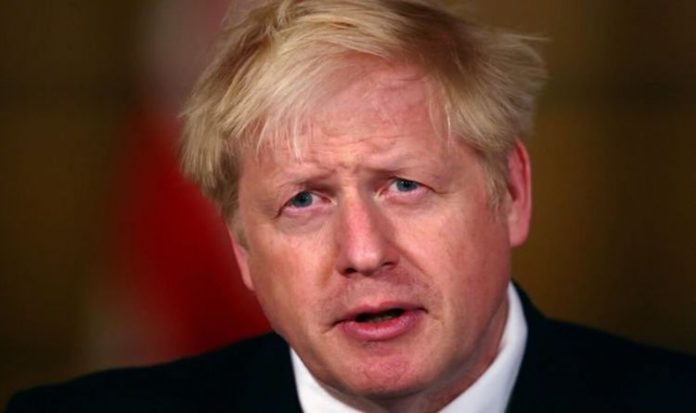 Mr Johnson is set to announce new tougher restrictions across England at a press conference on Monday after alarming figures suggested more than half a million people were infected with coronavirus in the past week. Following crisis talks with senior members of his cabinet, the Prime Minister is understood to be considering closing all non-essential shops from Wednesday, November 4 until December 1.

Pubs and restaurants could also be closed for a month, with nurseries, schools and universities remaining open.

However, it is thought ministers conceded only national action would be able to drive the reproduction number, or R rate, of the virus below one.

Scientists advising the Government also believe it is now too late for a two-week national circuit-breaker first touted last month.

While the highest Tier 3 restrictions, such as the closure of pubs and bars, do not go far enough.

It comes as a Scientific Advisory Group for Emergencies (Sage) meeting on October 8 found the rate of infections and hospital admissions was now “exceeding the reasonable worst-case scenario planning levels”.

Experts warned the Government the virus could now kill as many as 85,000 people this winter.

A senior Government source told The Times: “The data is really bad.

“We’re seeing coronavirus rising all over the country and hospitals are struggling to cope. There has been a shift in our position.”

A scientific source working for the Government added: “It’s definitely too late to think a two-week circuit breaker on its own would sort us out.

“It almost certainly would need to go on for longer.”

The crunch meeting in Downing Street on Friday came as the Office for National Statistics (ONS) infection survey found cases “continued to rise steeply” in the week ending October 23, with an estimated 568,100 people becoming infected.

READ MORE: Coronavirus: Over 1 in 100 of those infected with disease will die

“The best time to act was a month ago but these are very tough decisions which we would all like to avoid. The second-best time is now.”

The Department of Health also confirmed a further 274 people had died from coronavirus in the UK.

An additional 24,405 people had also tested positive for the virus in the past 24 hours.