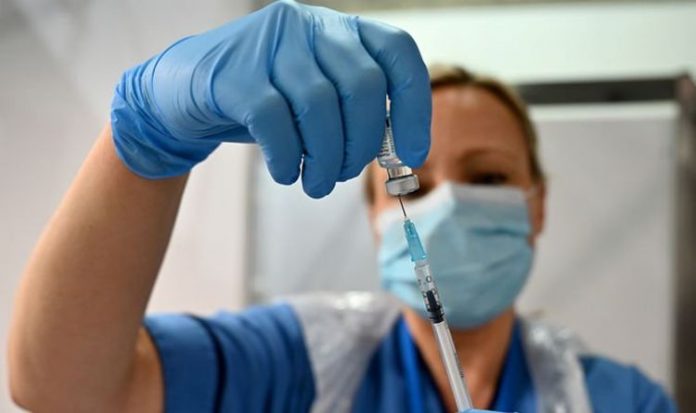 The Government has said it is on track to vaccinate Britain’s 15 million most vulnerable residents by the end of Monday. Currently vaccines are primarily being given to those aged over 70, the clinically extremely vulnerable and health care workers.

However, Abdul, a 20-year-old from Sudan, who claimed he and nearly 400 other migrants had received the jab.

He told Mail Online: “I was given the vaccine yesterday at the hotel to stop me catching Covid.

“There are 400 migrants living here and we nearly all had it. No one I know refused.

“It’s important that we don’t catch the virus and get sick.”

The group had been put up at the Crowne Plaza Hotel, a four-star venue on the outskirts of London.

A 25-year-old Sudanese man added: “The vaccinations were given to us whatever our age.

“’We didn’t have to pay. We were told to queue up for them at the hotel.

“None of us want to catch the coronavirus.”

However others defended the decision on the basis large numbers of migrants are living in close proximity.

“Lots of people living on top of each other. No option really to protect them and the rest of the population.”

Another added: “Vaccinated so they don’t spread it, being unfamiliar with our rules.”

Many of those from Sudan and Eritrea who make it to the UK claim asylum due to political persecution in their home countries.

The news that Covid-19 jabs have been given on mass to young adults rather than the elderly and clinically vulnerable caused a row on Friday night.

A Government spokesman told Mail Online it was “totally unacceptable” for them to be getting vaccines.

Express.co.uk has contacted the Home Office for a comment.