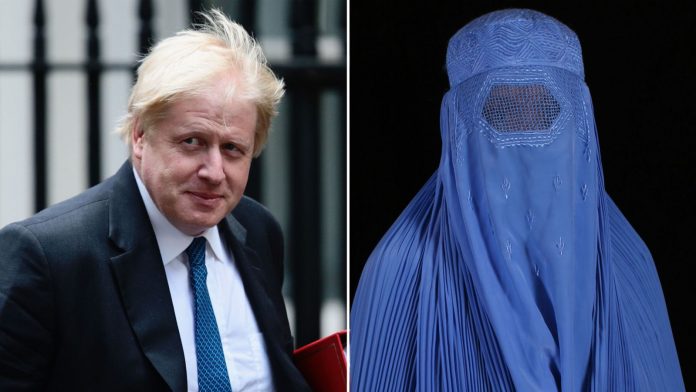 Critics of Boris Johnson are jealous of his popularity, backbench Tory MP Jacob Rees-Mogg has claimed.

The Conservative Party investigation into allegedly Islamophobic comments by Boris Johnson has been labelled a “show trial” by Mr Rees-Mogg, in an article for The Daily Telegraph.

The ardent Brexiteer and chair of the influential European Research Group claims the investigation could be an attempt to undermine the former foreign secretary and any future leadership bid.

Mr Rees-Mogg writes: “Envy is one of the seven deadly sins… Boris Johnson, because of his many successes, popularity with voters and charisma, attracts more than his fair share of this disagreeable vice.”

:: Was burka blunder a gaffe too far for accident-prone Boris Johnson?

However, Mr Rees-Mogg claims the decision was rooted in Theresa May’s “personal rivalry” with the Uxbridge MP.

:: Burka ban in Denmark: The women facing fines for what they choose to wear

“When Margaret Thatcher was leader, she and Michael Heseltine were hardly soulmates, but she would not have allowed personal rivalry to take the heat off the Labour Party, whose own deep internal divisions are buried in other news now, nor would she have countenanced any attempt to have a show trial,” the North East Somerset MP writes.

“Could it be that there is a nervousness that a once and probably future leadership contender is becoming too popular and needs to be stopped?”

Conservative sources have insisted that the probe into Mr Johnson’s comments was triggered automatically after the receipt of a number of complaints.

A panel including one independent figure, one representative of the voluntary party and one nominated by the backbench 1922 Committee will look into the complaints.

Disciplinary action could lead to Mr Johnson being suspended or even expelled from the party. He could be ordered to attend a diversity training course.