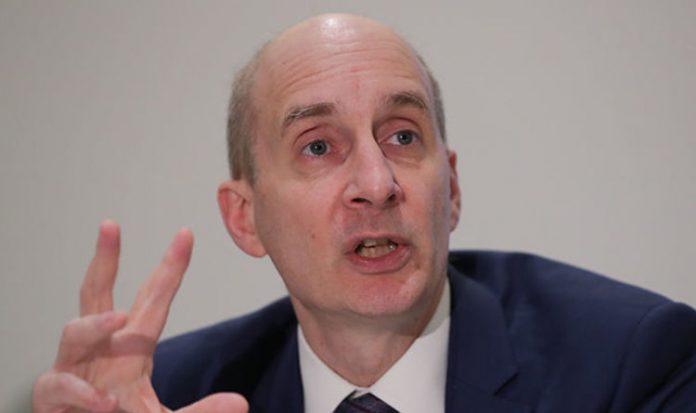 Lord Adonis went on a Twitter tirade as he compared the crisis engulfing the Government to anger over the poll tax and the Suez crisis.

He wrote: “DD sounding death knell of Mrs May because of constant line: ‘no further concessions’.

“It isn’t possible to agree a customs & trade deal without further movement to the Norway model.

“So constant party crisis is the only way Mrs May can continue, if she can carry on at all.

“This is the end game of Brexit now that the government and Mrs May’s policy are imploding.

“We need a people’s vote so the British people can put an end to this tragic farce. People can then vote to stay in the EU to protect their jobs and their futures.”

Lord Adonis said he agreed with Labour leader Jeremy Corbyn that Mrs May was “incapable of delivering Brexit”.

He added: “So Brexit now dead since there is no possibility of Labour delivering it.

“The question is how Brexit is ended by the British people – a people’s vote the only viable course if there isn’t an immediate general election.”

He also suggested it was only a question of time before Boris Johnson followed suit and submitted his resignation.

He wrote: “This is end game of Brexit. Like the poll tax, whether you thought it a good idea or a bad idea, it simply can’t be done.

“Mrs May’s letter to David Davis is more than twice as long as his to her, a sure sign of who thinks they have more justifying to do to party & public opinion.

“Her letter is practically a resignation statement – & a challenge to her now very likely. Mrs May’s position now very precarious and she may be gone within days.

“If she goes, the first task of her successor will probably be to bury Brexit.”

Lord Adonis quit the Labour Party in 2015 to sit as a non-affiliated peer when he took up a post with the National Infrastructure Committee, a non-ministerial Government departmentresponsible for providing expert advice on the pressing infrastructure challenges.

He then resigned from the NIC in protest at the Government’s approach to Brexit. Since then he has campaigned for a second Brexit vote.