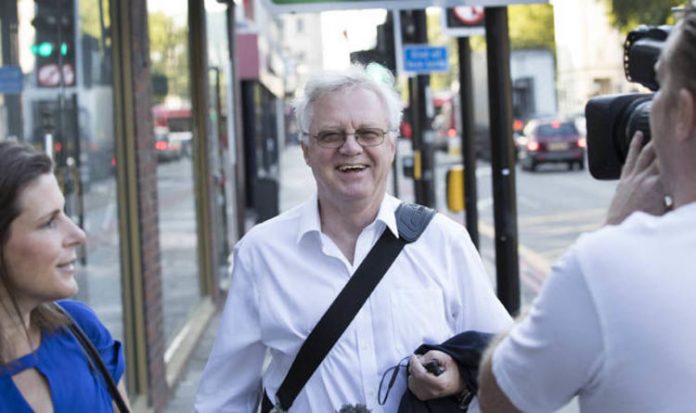 The former EU Exit Secretary insisted he was not making a “resignation statement” but was instead taking part in the normal parliamentary scrutiny of legislation.

In his first statement on the Commons backbenches since quitting the Cabinet last week, he said: “The Taxation (Cross-Border Trade) Bill and its partner, the Trade Bill, coming tomorrow, are vital pieces of legislation.

“In the newspapers at the weekend I read that some people were so cross with the White Paper that they were proposing to vote against this.

“Well, I don’t think they can be much more cross than me with the White Paper, but I do urge them not to vote against this.”

Mr Davis also told MPs that what the UK would have to give up to join a customs arrangement with the EU “is much more than is imagined”.

He added: “The European Union is a slow and not very effective negotiator of free trade agreements.

“We keep hearing about their negotiating power, their size.

“Actually, the fact they represent 28 different countries means they come up with sub-optimal outcomes all the time, and actually we’re the country that does least well out of the EU free trade agreements.”

He went on to tell MPs that the UK had distinct advantages “over and above our economic weight”.

He said: “We have the English language, we have English law, we’re leaders in life sciences, artificial intelligence, internet, medicine, a whole series of areas.”