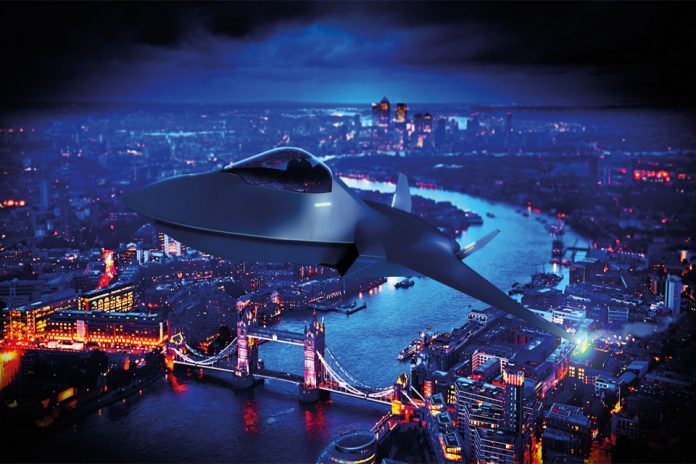 Combined with the manifesto commitment of a 0.5% uplift, the total increase for Defence is a substantial £24.1 billion.

Today’s announcement funds a generational modernisation of the Armed Forces so they can defend the UK against future threats, while cementing Britain’s role as a leader in NATO and stimulating thousands of highly skilled jobs across the UK.

A radical program of innovation and modernisation will create up to British 10,000 jobs a year, and support thousands more livelihoods as the nation builds back better from the coronavirus pandemic.

The investment will underpin the revitalisation of shipbuilding, funding a significant expansion of Royal Navy vessels to create the biggest surface fleet of modern warships in Europe.

An additional £1.5 billion will be poured into military research – including for the Future Combat Air System – allowing the Armed Forces to tackle the threats of tomorrow and to make sure the UK can stand shoulder to shoulder with our allies across the globe.

For the hard-working men and women of the armed forces, the funding will go towards improving their day to day lives – whether through the wrap around childcare offer or improved living conditions, their health and wellbeing will be protected.

This is excellent news for Defence, and provides us with the financial certainty we need to modernise, plan for the future, and adapt to the threats we face. It demonstrates the Prime Minister’s recognition of how important Defence is to our resilience, and to the reputation of the United Kingdom.

This settlement secures UK jobs and livelihoods, allows us to invest in our fantastic shipyards and aerospace industry, spreading prosperity to every corner of the UK.

Next year represents a huge opportunity for this country, and Defence will be at the forefront of creating the jobs and business opportunities that will help us build back from the pandemic.

Over the next few months, I will set out in more detail our ambitious agenda for Defence.

In recent years, our adversaries have developed and weaponised a myriad of emerging technologies which go beyond the traditional warfighting domains of air, land and sea.

That’s why the Prime Minister has announced a new agency dedicated to developing Artificial Intelligence, the creation of a National Cyber Force and a new ‘Space Command’ that will protect the UK’s interests in space and control the UK’s first satellite launched from a UK rocket by 2022.

This multi-year settlement is very welcome for the Armed Forces. It funds a pathway to modernisation and the digital force we need for the 2030s, integrated across the domains of maritime, air, land, cyber and space.

It allows us to adapt in the near-term to deter the range of complex threats we face. It secures the defence of our country, gives meaning to the vision of Global Britain, and sends a powerful message to our allies and opponents.

Thanks to the cash injection, other technologies including autonomous vehicles, swarm drones, and cutting-edge battlefield awareness systems will be developed for military use.

These developments will be underpinned by a strong R&D pipeline, which will contribute to the already over 400,000 skilled jobs supported by Defence.

The £16.5 billion investment confirms our order of 8 Type 26 and 5 Type 31 frigates, commits us to the next generation Type 32, and supports the future solid support ships that will supply our Carrier Strike Group.

Whilst this is reassuring news for the defence industry, Defence will not overlook the challenges that are ahead, to continue addressing the savings still required and the efficiencies we need to make.

In the years ahead, Defence will continue to research, invest and adapt its equipment to become a greener and more sustainable industry. As the UK prepares to lead the COP26 summit in Glasgow next year, Defence will be working to reduce the emissions footprint of our armed forces around the globe.

With this significant financial settlement, the UK will stand proudly alongside our friends and allies as a top investor in Defence. The Integrated Review that we will publish in early 2021 will further signal our ambition for the armed forces.