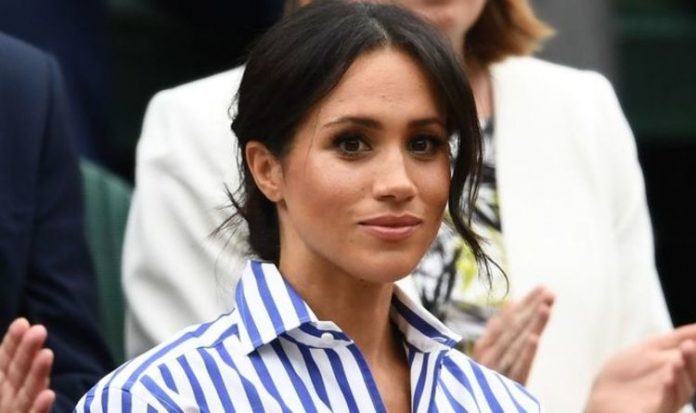 Meghan’s lawyers replied to claims made in previously-filed court documents by Associated Newspapers in regards to the letter sent by the Duchess of Sussex to Thomas Markle Snr in August 2018. The publisher of the Mail on Sunday, Daily Mail and MailOnline “inferred” earlier this month in papers lodged with London’s High Court that Jason Knauf “and/or others in the Kensington Palace Communications team contributed to the writing of the electronic draft.”

Rebuking this claim, Meghan’s lawyers said the Duchess was living through a “painful process”.

They said in documents filed yesterday that she “shared a draft of that Draft with her husband and Mr Knauf for support, as this was a deeply painful process that they lived through with her.”

In a bid to further clarifying she was the sole creator of the letter, Meghan’s lawyers added: “In the course of a discussion between them, Mr Knauf provided feedback on that draft but no actual wording, as this was a personal letter from daughter to father.

“The comments Mr Knauf provided were in the form of ‘general ideas’ as opposed to actual wording.”

Now the royal aide is working at Kate and Prince William’s Royal Foundation.

Associated Newspapers have claimed the letter sent to Mr Markle by Meghan is not subject to copyright protection as it was not her “intellectual creation”, as it had been copied from an electronic draft and had received the input of Kensington Palace aides.

Earlier this month, her lawyers told the court Meghan drafted the letter on the Notes application on her iPhone before copying it by hand and making minor changes.

In yesterday’s filing, Meghan’s lawyers said: “For the avoidance of doubt neither Mr Knauf (nor anybody else) created any part of the Electronic Draft or the Letter.

“The Claimant, and the Claimant alone, created the Electronic Draft, which she then transcribed by hand to her father as the Letter.”

Meghan is suing the publisher of the Mail on Sunday, Daily Mail and MailOnline after its Sunday paper published in February 2019 extracts of a letter she sent to her father during the summer of 2018.

The trial date had been provisionally set for January 11 2021.

However, Meghan’s legal team successfully asked for a postponement in late October giving a “confidential ground”.

The original date has now been vacated and a new date is set to be confirmed for autumn 2021.

As revealed in court papers made public yesterday, Mr Markle has been kept in the dark over the reason behind the postponement.

In his three-page long judgement, Mr Justice Warby, who ruled in favour of delaying the start of the trial, discussed Mr Markle’s importance as a witness at the trial and whether his deposition needs to be in person.

Speaking about the postponement, the senior judge said: “The evidence before me included not only an account of Mr Markle’s situation and health but also an account of his views and feelings about a possible delay to the trial.

“But it was not suggested that his feelings on that matter should guide my decision.

“Rightly so, and particularly so when – as Ms Hartley makes clear – he has (quite rightly) not been told the confidential basis for the adjournment application.”