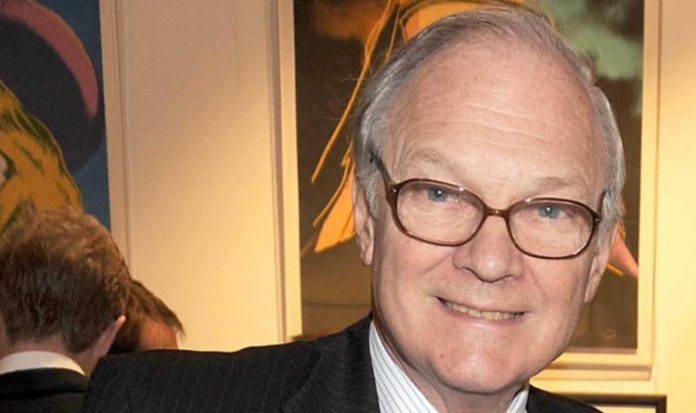 “President Trump rants and raves and rattles cages but there is method behind his apparent madness – method which is achieving results,” said former British ambassador to Washington Robin Renwick.

His comments follow a tumultuous few days which saw Mr Trump both embarrass and praise his host, Theresa May.

Referring to Mr Trump’s visit he said: “You’re not dealing with a normal president. You’re dealing with someone who uses threats and bluster as a negotiating tactic.

“But beneath the bluster – he is right on so many things.

“US administrations before him have not been able to get Europeans to spend more on defence as he has; they haven’t been able to get China to open their own market, as he will soon, nor the North Koreans to stop testing nuclear weapons, and they have already.”

Lord Renwick added: “He is technically correct about the trade deal. If the Chequers plan goes through, we could never have a full free trade agreement with the US or Canada, Australia or anybody else.

“We would be aligned with the EU on trade and goods for ever. If that is Brexit we’d be better off not having it.

“Trump has indicated we can have something else – a deal on services – perhaps, but he would prefer something much broader.”