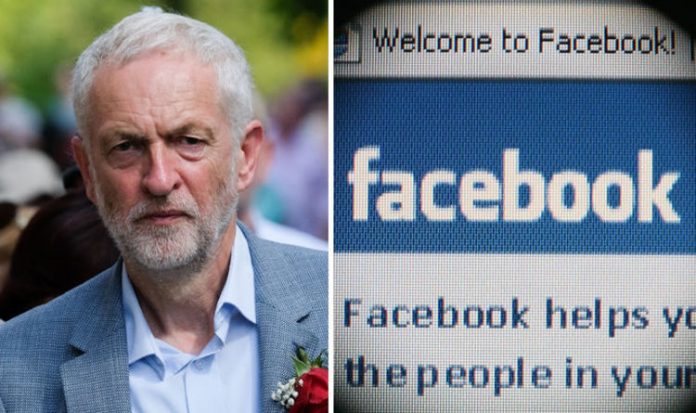 The Labour officials micro-targeted Facebook adverts at the leader and his closest aides – which means they were the only ones who received the messages – to convince them they were running the campaign they demanded.

The extraordinary claims were made in a new book called “Ctrl Alt Delete: How Politics and the Media Crashed Our Democracy” by Tom Baldwin, who served as Ed Miliband’s director of communications.

The team convinced the Labour leader they were following his campaign plans by spending just £5,000 on adverts solely designed to be seen by Mr Corbyn, his aides and their favourite journalists.

Meanwhile, they spend far more money on adverts with a different message for ordinary voters.

The author quotes an official, saying: “They wanted us to spend a fortune on some schemes like the one they had to encourage voter registration, but we only had to spend about £5,000 to make sure Jeremy’s people, some journalists and bloggers saw it was there on Facebook.

“And if it was there for them, they thought it must be there for everyone. It wasn’t. That’s how targeted ads can work.”

The Sunday Times say they have verified the existence of the deception with two Labour sources familiar with the adverts.

Mr Baldwin argued in his book political adverts should be banned from social media.

He said: “When the leader of a political party can be tricked in such fashion by his own officials, voters themselves stand little chance.

“Britain has a tradition stretching back to the 1950s that bars political attack ads appearing on TV. British politics has been better for it and we cannot allow an even more insidious form of advertising to take over now.”

A Labour source said: “Despite fighting with one hand tied behind our backs by some uncooperative senior staff, we achieved the largest increase in the Labour vote since 1945.

“At the next election, we’ll have a fantastic and co-operative party machine to match our incredible mass membership and popular policies.”

Mr Baldwin wrote: “Sounds like a lot until it is compared with Trump’s total of 5.9m.

“There were days when the Trump campaign varied ads more often than Clinton did in the course of the whole campaign.”