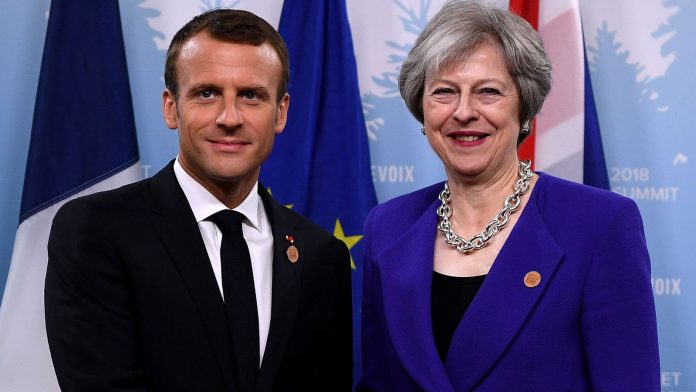 Emmanuel Macron has rejected suggestions his upcoming talks with Theresa May will form part of the Brexit negotiations.

The French president will host the prime minister at his presidential retreat at Fort Bregancon, near Toulon, in the south of France on Friday.

The meeting has been viewed as part of a UK attempt to go over the heads of Brussels officials with a direct Brexit plea to the EU’s national governments.

However, ahead of Mr Macron meeting Mrs May, his office insisted the pair’s discussions will not be a “substitute for the negotiations” led by the EU’s Michel Barnier.

The French president was described as having full trust in Mr Barnier and in the EU chief Brexit negotiator’s response to Mrs May’s Brexit proposals, an Elysee Palace official said.

The prime minister has cut short her current holiday in Italy in order to meet Mr Macron, with the French president said to have invited Mrs May for talks following a request for a meeting by Downing Street.

Earlier on Thursday, Mr Barnier repeated his opposition to the prime minister’s proposals, as thrashed out by ministers at a Chequers meeting last month and subsequently published in a government white paper.

In an article published in 20 newspapers around Europe, the Brussels official wrote: “Some UK proposals would undermine our single market, which is one of the EU’s biggest achievements.

“The UK wants to keep free movement of goods between us, but not of people and services.

“And it proposes to apply EU customs rules without being part of the EU’s legal order.

“Thus, the UK wants to take back sovereignty and control of its own laws, which we respect, but it cannot ask the EU to lose control of its borders and laws.”

Yet, Mr Barnier added he is “confident” of a “good outcome” to Brexit talks, as he repeated his offer of a post-Brexit free trade agreement with the UK.

He also signalled the EU could be willing to shift its position on a so-called backstop solution to the Irish border.

In the event a future EU-UK relationship fails to prevent a hardening of the border on the island of Ireland, Brussels has proposed Northern Ireland effectively stays in the EU’s customs union and single market.

However, Mrs May has rejected this plan as it would divide Northern Ireland from the rest of the UK, with the government instead offering a counter-proposal of a UK-wide backstop agreement for a time-limited period.

In turn, Mr Barnier has voiced his hostility to Britain’s offer, but now signalled his stance could be softening.

He wrote: “What the EU has proposed is that Northern Ireland remains in a common regulatory area for goods and customs with the rest of the EU.