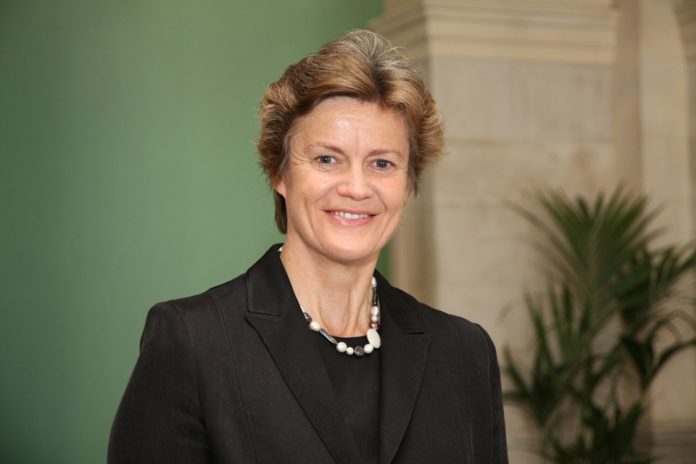 Thank you, Mr President, and to USGs DiCarlo, Lacroix and Khare for their briefing.

I would like to start by commending the civilian-led government of Sudan’s commitment to continuing to make welcome progress towards their goal of becoming a fully democratic state.

Prime Minister Hamdok and his government have implemented a number of critical reforms. Of particular note is the removal of fuel subsidies and progress towards the ratification of key international human rights norms. We urge the Government of Sudan to continue on this path by implementing all necessary economic reforms and ensuring full respect for fundamental human rights.

The United Kingdom also applauds the signing of the Juba Peace Agreement on the 3rd of October. This agreement is a clear demonstration of the priorities of the new Sudan. We urge all stakeholders to support this promise of peace through the swift and full implementation of the agreement. We take note of the requests in the agreement for United Nations’ support and call for further engagement between the government and the United Nations in this regard.

Mr President, whilst significant steps have been taken to overcome a multitude of challenges, as we’ve heard, much more remains to be done. Exacerbated by COVID-19, the economic situation has continued to deteriorate. Humanitarian needs are increasing, and violence has spiked in conflict areas.

Regarding the socio-economic situation, the United Kingdom welcomes the World Bank and IMF support for government efforts to alleviate the dire economic situation. The World Bank’s support of the Sudan Family Support Programme will help mitigate the negative impact of some of the economic reforms. As the largest bilateral donor to the programme, we are playing our part with a pledge of $105 million.

Mr President, turning to the security situation, the United Kingdom welcomes the government’s commitment to fulfilling the protection of civilian responsibilities and to ensuring unfettered humanitarian access. However, we cannot ignore the significant security challenges that remain. Persistent intercommunal violence, as well as intermittent clashes between the Sudan Liberation Army, Abdul Wahid and government forces are continuing. We echo the Secretary-General’s call for the Government of Sudan to expedite its preparations to protect civilians in line with their National Protection of Civilians Strategy.

As the United Nations African Union Mission in Darfur (UNAMID) prepares to withdraw, we urge the government to develop more responsive and representative rule of law institutions in order to build trust with local populations and ensure stability in conflict areas.

Mr President, United Nations Integrated Transition Assistance Mission in Sudan (UNITAMS) was established to support Sudan’s transition. The delays in appointing a Special Representative of the Secretary-General to lead UNITAMS are preventing the provision of such support. We urge the Secretariat to conclude the appointment process and continue to work with the Government of Sudan to expedite the full establishment of UNITAMS throughout Sudan.

I commend the continued support that UNAMID is providing to the Government of Sudan, particularly in the areas of peacebuilding and capacity-building.

We call on the United Nations, working with the Government of Sudan and the country team, to ensure that the transition from UNAMID to UNITAMS is responsible, sequenced and sustainable. In this regard, let me reiterate the Council’s expectation that UNITAMS and its Integrated Country Team be the primary beneficiaries of UNAMID assets.

Mr President, I would like to briefly comment on the impact of the conflict in Tigray, Ethiopia on Sudan. We commend Sudan’s commitment to enabling humanitarian access to refugees fleeing the violence in Tigray. Funding from the United Kingdom is already helping new refugees from Ethiopia to receive emergency assistance. However, more is needed. We encourage member states to support the United Nations in assisting Sudan to respond to these increased needs.

Finally, as this is the last session on Sudan before their Council tenure ends, let me express our thanks to Germany for the excellent co-penholdership over the past two years. Your commitment to peace and stability is unwavering, and we look forward to continuing our close partnership in support of Sudan.